【Folklore】The Amabie: A mythical creature that can save us from the pandemic?!

Have you ever heard of the mythical creature known as the Amabie?

The Amabie is one of many yokai, a class of supernatural spirits and creatures in Japanese folklore, which has gone viral on social networks in Japan starting February 27 of this year thanks to the belief that the Amabie has the power to ward off disease. This article will cover the legend of the Amabie and explain what this mythical Japanese creature has to do with the novel coronavirus (COVID-19) outbreak.

What is the Amabie? 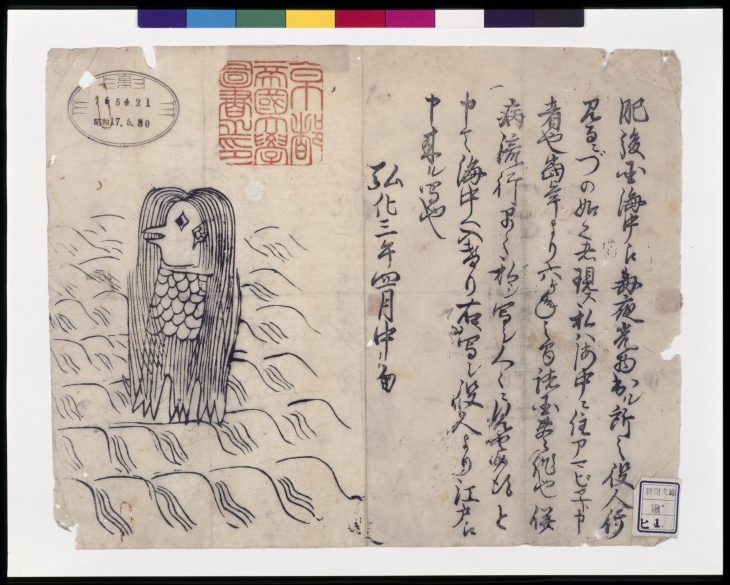 The Amabie is one of many yokai, or supernatural spirits and creatures in ancient Japanese folklore. The legend of Amabie starts in 1846 in present-day Kumamoto, Kyushu where it is said that a government official was investigating a mysterious glowing light which would emerge from the sea every night when the glowing Amabie revealed itself to the official, predicting that from there on out Japan would be blessed with a plentiful harvest but plagued with disease. The creature likewise instructed the official to swiftly show an image of its likeness to as many people as possible before returning to the waters from whence it came. This anecdote was soon published in the newspapers, accompanied by an illustration of the Amabie, spreading the news of the Amabie throughout the country to cities as far away as Tokyo. The Amabie is depicted as a long-haired, three-legged (finned?) half-human, half-sea creature with a beak and covered in scales.

It is also said that the Amabie may in fact be a misprint of the name of another yokai known as the Amabiko. Both creatures are identical in that they are said to have emerged from the sea and predict a plentiful harvest and impending plague, and that man could be spared from disaster by sharing an image of their likeness. They are both also identical in appearance, both said to stand upright on three or more fins/legs. The history of the Amabiko in fact predates that of the Amabie, dating back to Nagoya in the year 1843 (three years prior to the first sighting of the Amabie in Kumamoto). 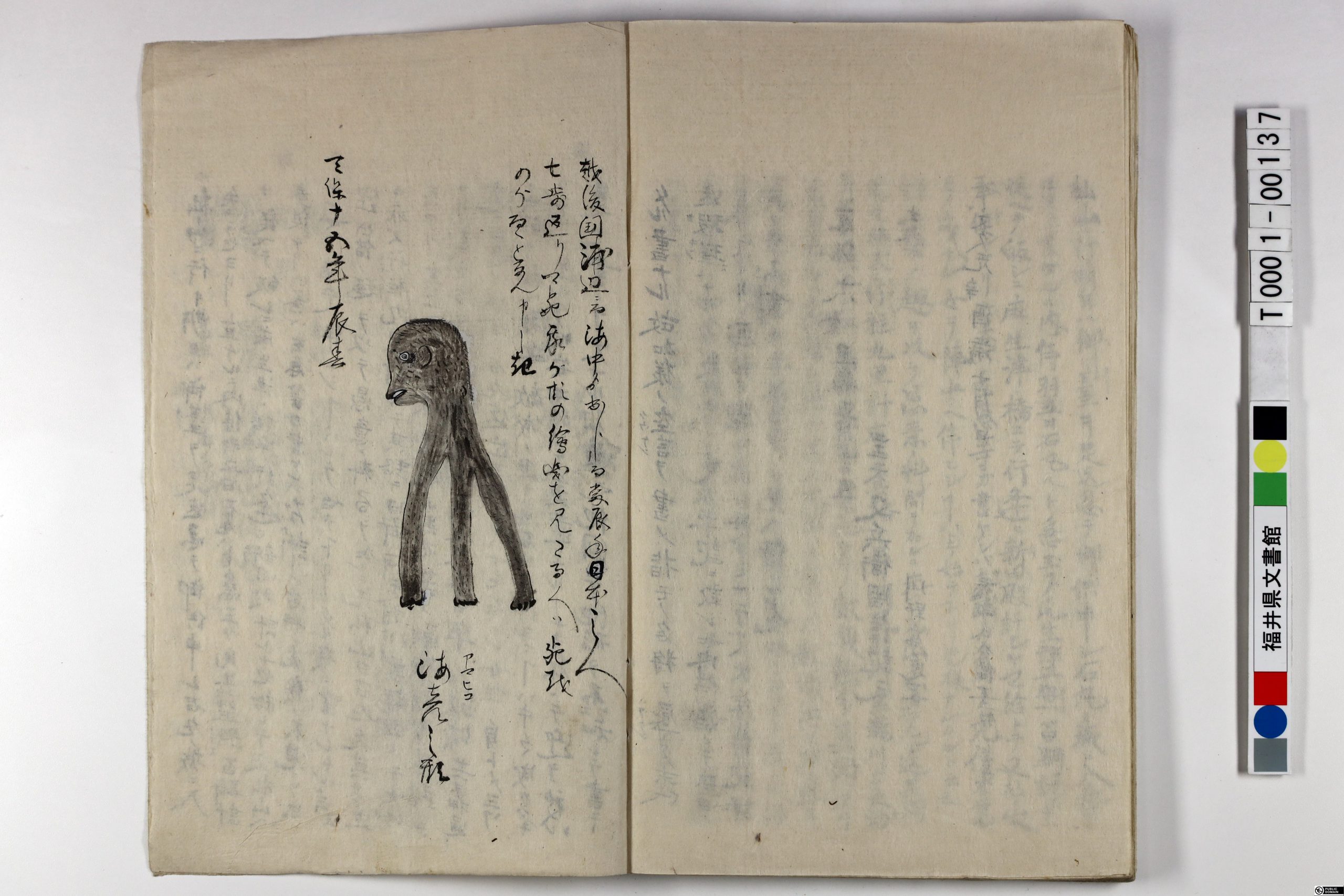 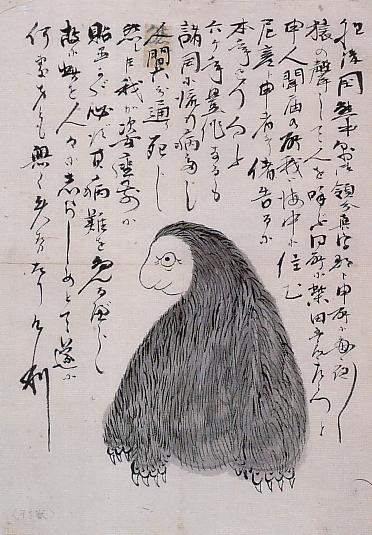 Although not identical, there is another yokai creature similar to the Amabie called the Yamawarawa. Although the Yamawarawa did not emerge from the sea, it was however said to be a three-legged creature bearing a prophecy, just like the Amabie. 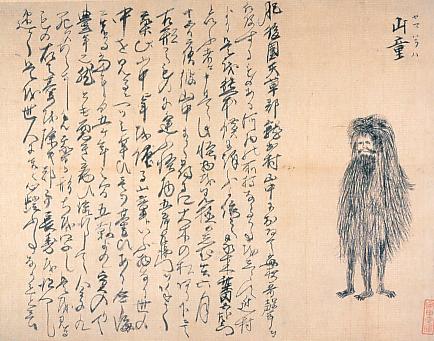 According to Eishun Nagano, known for his research on the Amabie, the Amabie (or Amabiko) grew in popularity a total of four times from the year 1843 through the present year 2020.

*Since the first outbreak in 1822, Japan was plagued with chronic outbreaks of cholera up until the 1920s.

And now in the year 2020, the Amabie (Amabiko) has once again sparked public interest for the fourth time in the wake of the novel coronavirus (COVID-19) outbreak.

The Amabie and the Novel Coronavirus (COVID-19) Outbreak

On February 27, 2020 the Amabie, which had up until now only really been familiar to yokai enthusiasts, was brought from the underground back into the spotlight by Orochidou, a shop specializing in hanging scrolls featuring yokai, in a Twitter post suggesting that we protect ourselves from the pandemic with the help of the Amabie while sharing one of its own original renditions of the mythical creature.

Little did the shop know they would start a major movement in which countless like-minded Twitter users would soon join in by sharing their own renditions of the Amabie with hashtags such as #Amabie, #AmabieChallenge, and #AmabieMatsuri. Although this trend has since lost much of its momentum, it was seeing some 46,000 tweets a day at the time of its peak. Users have posted a wide variety of artwork ranging from illustrations, to manga, videos, stuffed animals, embroidery, figurines, LINE stamps, mini games and more, prompting organizations throughout Japan to hold online exhibitions showcasing collections of this Amabie artwork. 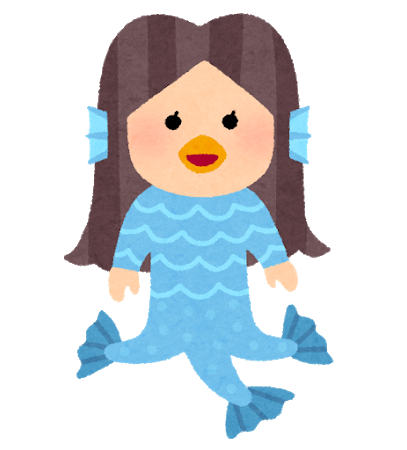 Japan’s Ministry of Health, Labor and Welfare even adopted the Amabie as the face of its COVID-19 prevention campaign on April 9. 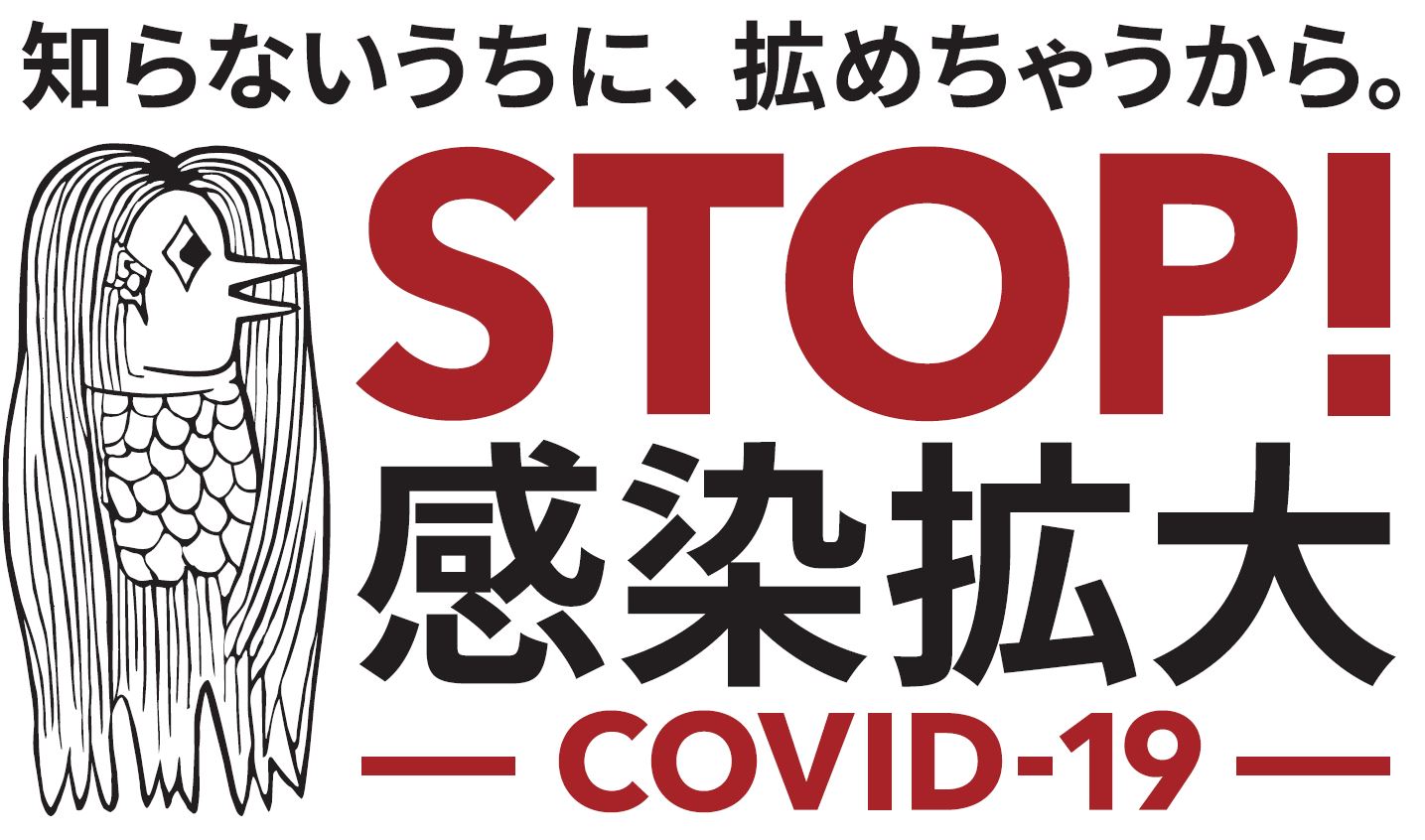 【Leisure】Welcome back to the good old drive-in theater!

【Leisure】There’s no better time than now to try canyoning!