Fukuoka is a city that charms and delights whether from the seat of a bicycle or the window of a bus. Its compact size and fortunate lack of steep roads keep the traveler from getting too far from where they want to be. To take one’s time is to soak in the city’s natural easy-going nature. But if you really need to whizz from A to B then the subway will serve you well.

When you want to go down and catch a train

When you want to go down and catch a train, keep an eye out for the distinctive blue and white station signs and the cursive blue logo that looks like it jumped off a page of classical sheet music.

First opened in 1981, the Fukuoka Subway has a modest three lines which spread in a cross underneath the city. The crux is at Tenjin and Nakasa-Kawabata stations, the only interchanges on the entire network. Each line is identified by a distinct round symbol colored to match the line. The orange Airport Line is the oldest and longest, going for 13km from the airport to Meinohama in the west. On the eastern end of the Airport Line are Fukuoka Airport and Hakata station, the biggest transport hubs in Kyushu and only two stops apart! The blue Hakozaki Line starts in Nakasu-Kawabata and trundles less than 5km east to Kaizuka. The newest line is the green Nanakuma Line, trickling in a generally southwestern direction for 12km from Tenjin-Minami to Hashimoto. As such, the Nakakuma line doesn’t directly intersect with the rest of the network at Tenjin. If you wish to transfer at Tenjin station for the Nakakuma Line, go through one of the green ticket gates and take a walk down the Chikagai to Tenjin-Minami station. If you go through a regular orange gate you will be charged for two journeys.

On the subway, you pay for distance traveled rather than how central you are. Check the maps above the ticket machines to see how much a one-way fare is. If you are unsure, buy the cheapest ticket (200 yen) and use the fare adjustment machine at the other end before you exit through the gate. You can also buy a 1 Day Pass (620 yen) or a 2 Day Pass (720 yen) for unlimited subway travel. Travelers can use their IC contactless travel cards such as Suica and Nimoca. Every station is staffed but do not expect many to speak English. Fortunately, all machines and signs are in English and Japanese. To further help you get orientated, every station on the network is numbered has its own unique symbol, usually related to something in the area – Tojinmachi station has an earthenware pot because of its cultural history; Gofukumachi station has a ship in full sail due to its connection to the nearby port. Once you exit the gate at your destination, you can find large area maps nearby with all local landmarks and facilities marked to tell you which exit to take. 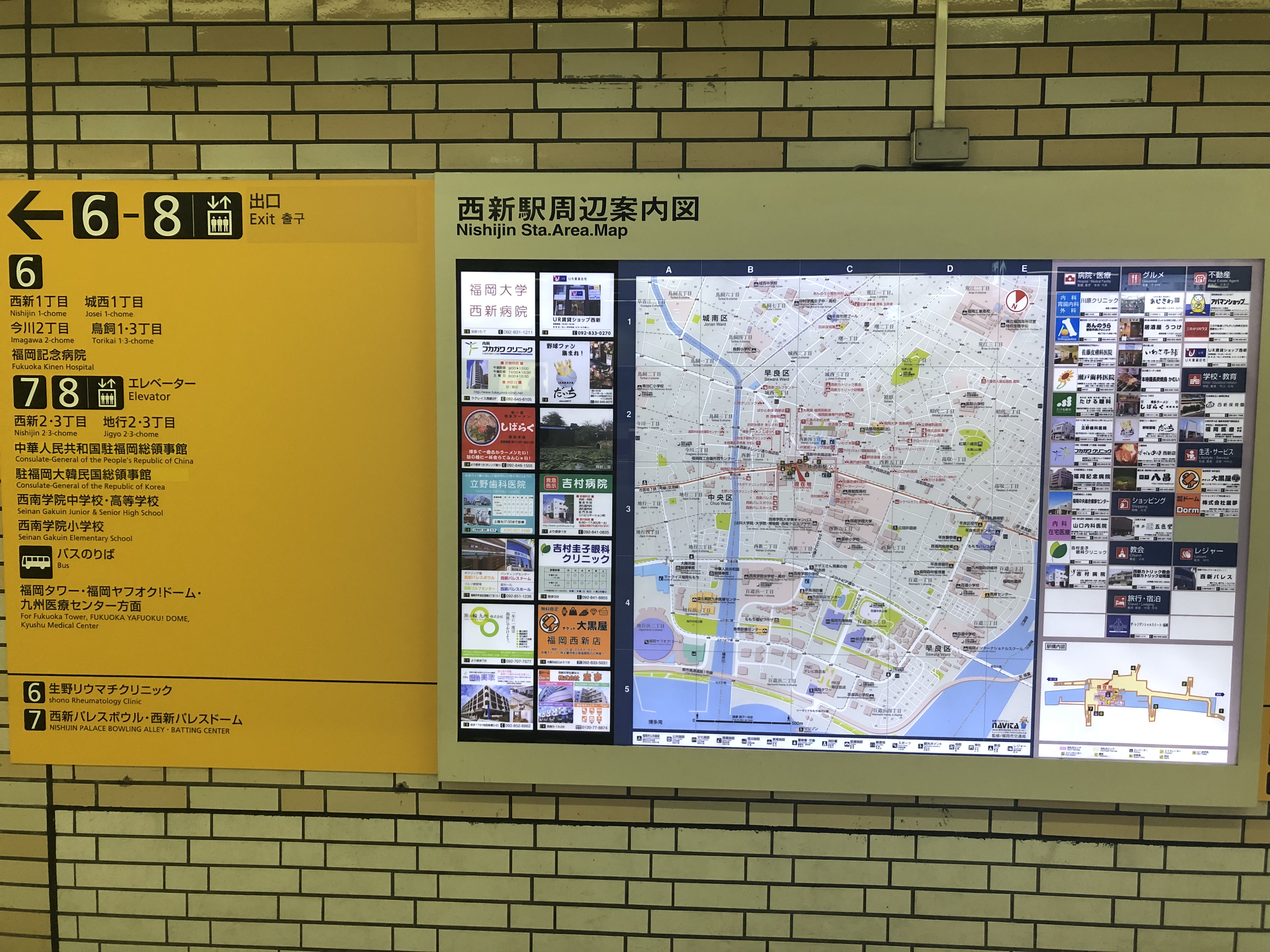 Trains are regular at about 12 per hour outside of rush hour and late night. The Airport Line start at just after 5:30 in the morning and goes through until just after midnight. Each platform has a large clear timetable and map. Platforms have seating and many have seating inside air-conditioned rooms in summer. The board will display the next two trains due to arrive. On the Airport Line, check the destination carefully as a few times an hour an eastbound train will switch to the Hakozaki Line at Nakasu-Kawabata and terminate at Kaizuka and not the airport, skipping Higashi-Hie and Hakata. A few westbound trains also double up as JR Chikuhi Line trains, meaning that the train will not terminate at Meinohama but will instead carry on to Karatsu more than 30km away so don’t fall asleep! 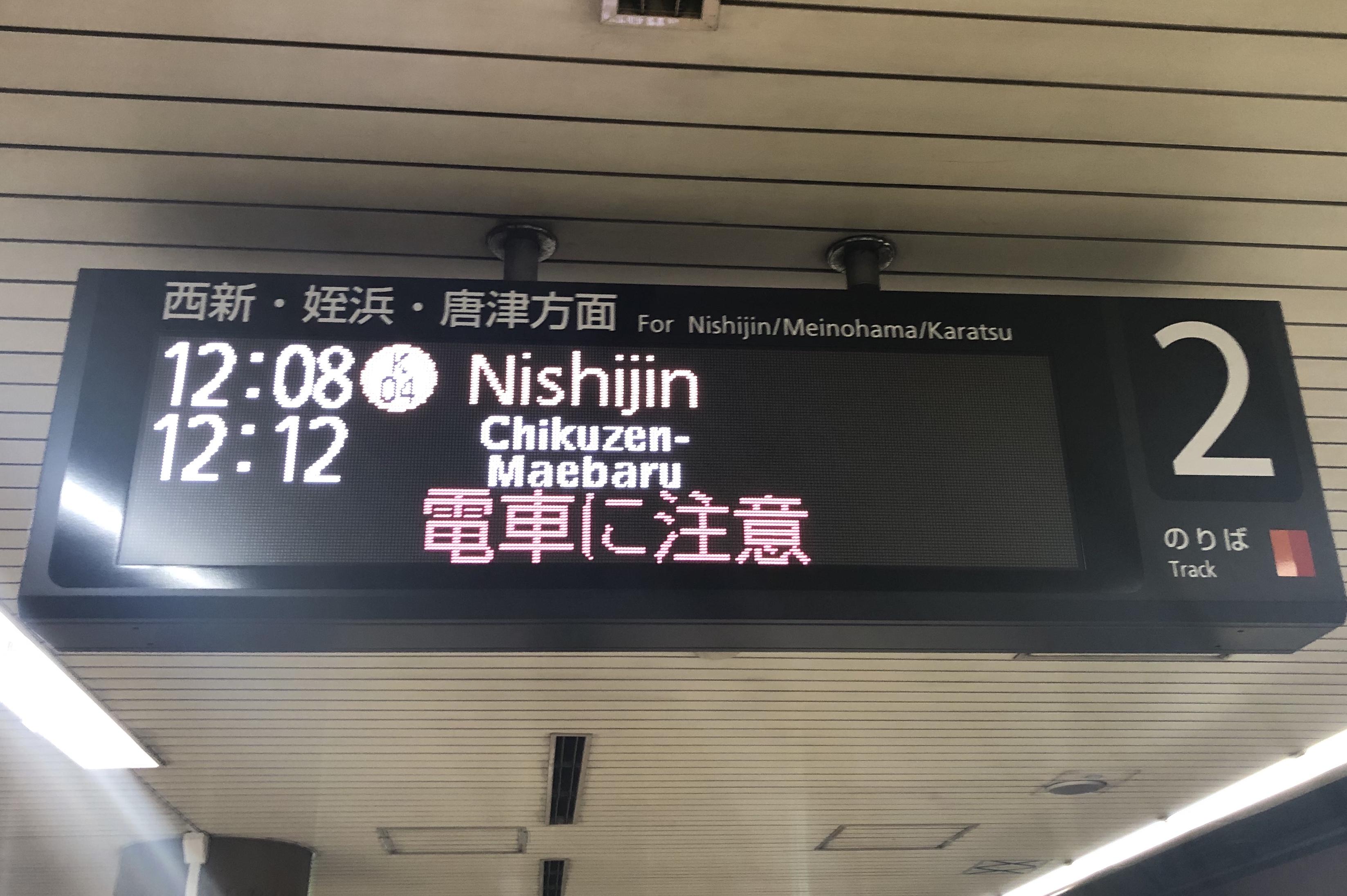 The Fukuoka Subway has three kinds of rolling stock. The Airport and Hakozaki Lines have the older 1000 Series and 2000 Series trains, with red and green seating respectively. The 1000 Series have been upgraded to include, among other things, electronic displays above the doors showing route and station information in both Japanese and English. You will recognize it as being very similar to the screens on Yamanote Line trains in Tokyo. The Nanakuma Line has the newest 3000 Series trains with their distinctive green line design. This represents not the green Nanakuma Line but the Abura-san mountain south of the city, near to which the line runs. 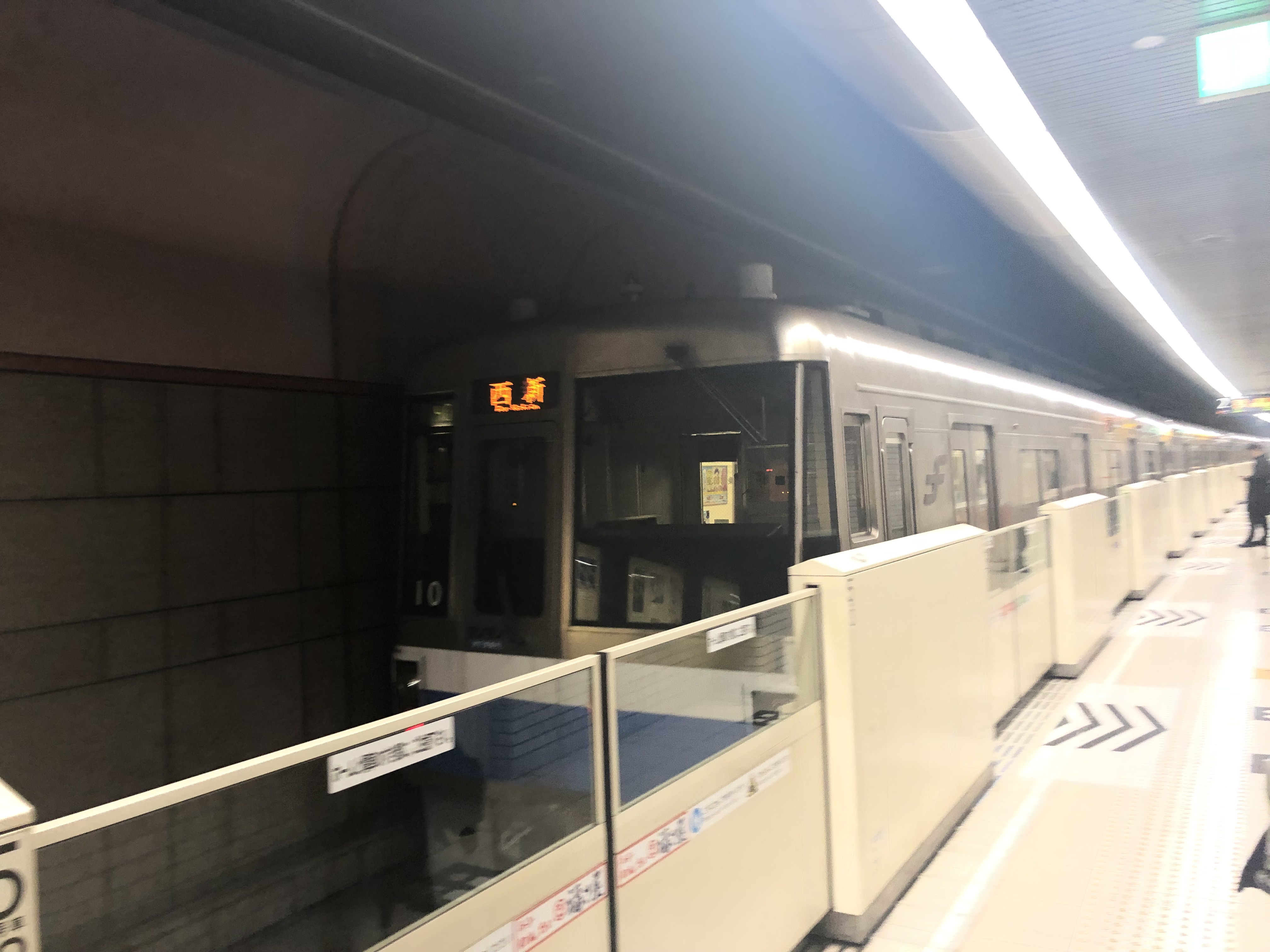 As with all public transport in Japan, the Fukuoka subway is clean and comfortable. Each station has good bus connections and Tenjin, Meinohama and Kaizuka has train connections to take you further from the city. Hakata station is where to go to get the bullet train; a 15-minute bus journey from Gofukumachi station will take you to the port from where you can get a ship to Korea. The subway even has free wifi!

TAs is fitting for the city, the Fukuoka Subway sits coquettishly between being plain practical and having a good-humored artistic flair, promising new mysteries but not feeling sprawling or impersonal. For business or pleasure, your silver carriage awaits.

Did you know that Japan is actually a very rainy country? Each year in or around... 続きを読む