The Yahuoku! Dome in Fukuoka was the first ever retractable-roof all-weather stadium in Japan and is also well known for being one of the city’s most emblematic spots. It is the home stadium of the professional baseball team Fukuoka SoftBank Hawks and is the largest domed baseball stadium in all of Japan.

It is also the westernmost Nippon Professional Baseball (NPB) team home field in Japan. Featuring a design inspired by the ancient Roman Colosseum, it is equipped with the latest in sound and lighting systems and even hosts a number of other sporting events, concerts and other exhibitions year-round.

Fully renovated recently in 2019, the new and improved stadium boasts a wide variety of features such as its Hawks Vision scoreboard, the largest of its kind in the world, as well as an indoor concourse, among many other facilities for fans to enjoy. 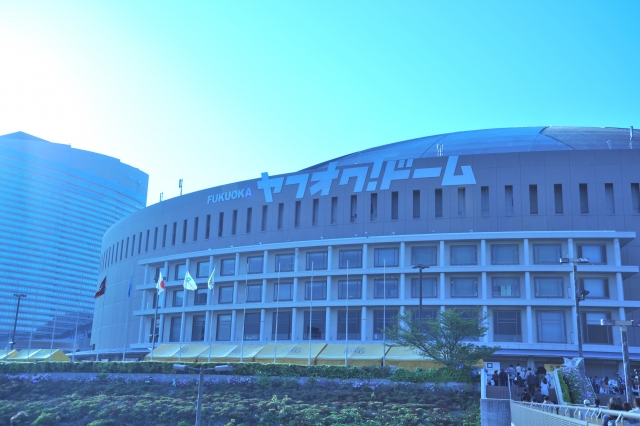 The year 2019 marked the 30th anniversary of the SoftBank Hawks’ move to Kyushu, and the Hawks have since become a beloved local team treasured both by residents of Fukuoka Prefecture as well as all from throughout the Kyushu region. Champions of the 2019 Japan Series, this popular baseball team has maintained its title as the number one professional baseball team in Japan for three years in a row!

On game days and after a Hawks victory, the dome’s roof is opened and fireworks are set off from inside the dome!

The crowd is very enthusiastic about cheering on the home team with its variety of traditions such as an appearance by the team’s official cheerleading squad, the Hawks Honeys, at the bottom of the 5th inning, the entire stadium coming together at the bottom of the 7th to sing the team’s official theme song “Iza Yuke Wakataka Gundan”, as well as when the fans all set jet balloons off into the sky above in hopes of victory.

As would be expected from the largest domed baseball stadium in the country, and seeing as the field was so vast and the outfield fence (also quite appropriately known as the “green monster”) standing so tall at 5.84 meters in height, the stadium was once known for being a particularly difficult place to catch a home run ball.

However, the construction of a new “lucky zone” of outfield seats called the “home run terrace” as well as the addition of a new fence in 2015 resulted in a reduction in the area of the playing field itself, transforming the stadium into what is now actually a fairly easy place to catch one of those coveted home run balls.

With a capacity of 40,178 at professional baseball games and a capacity of 52,500 at concerts, the stadium can welcome some of the greatest crowds of any venue in Japan. 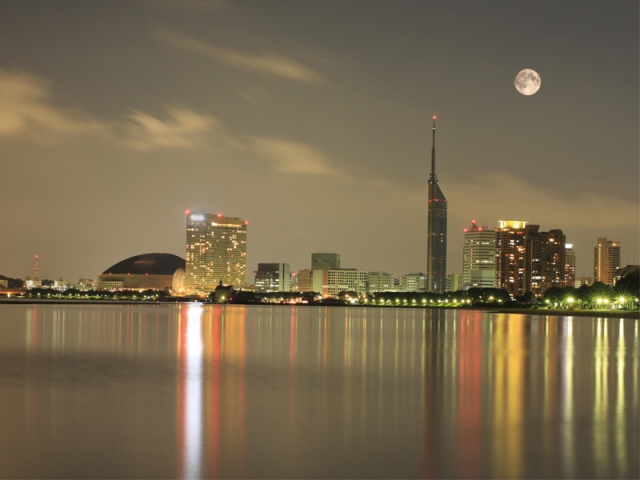 With several other attractions located nearby, including the Hilton Fukuoka Seahawk Hotel and the large-scale shopping mall Mark Is, the surrounding neighborhood is typically bustling with activity even on days when there is no game or concert taking place at the stadium.

Two high-rise apartment buildings are also currently under construction, and the spring 2020 season will mark the grand opening of a brand-new entertainment complex called E・Zo FUKUOKA which will connect to the stadium’s third floor outer deck.

The facilities are currently still under construction, but according to the official website they are to house not only the Oh Sadaharu Baseball Museum, but also an entertainment complex combining sports, various curiosities, and the latest in technology. Complete with a number of dining establishments, the facilities expect to offer a variety of innovative attractions inspired by some of the most cutting-edge research on entertainment facilities worldwide. E・Zo FUKUOKA is sure to make for a fun-filled time whether before or after the game, or even on an off day.

This just in! In the course of writing this article, we just got word of some truly big news. It has recently been announced that after the close of the 2019 season, the Fukuoka Yahuoku! Dome will as of next season be known as the Fukuoka PayPay Dome! With so many new landmarks such as the new PayPay Dome, the E・Zo FUKUOKA entertainment complex, as well as a set of brand new high-rise apartment buildings, this area is sure to see continued growth for years to come.

The Yahuoku! Dome, known and loved by residents of Fukuoka Prefecture as well as from all over Kyushu, is sure to generate even more excitement as the new PayPay Dome! With this and other new developments in the area, it sure looks like the locals will have plenty to look forward to from here on out.

We recently had our first event!! If you were there, thank you so much for comin... 続きを読む

Recently opened in November 2017 is one of Fukuoka’s newest tourist attractions,... 続きを読む