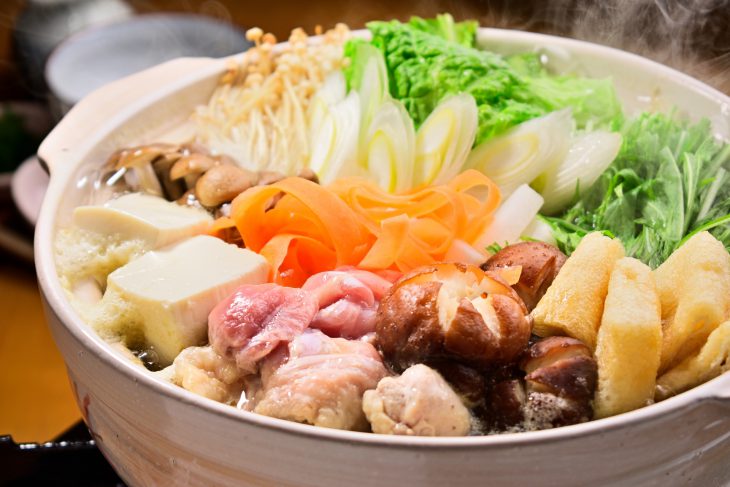 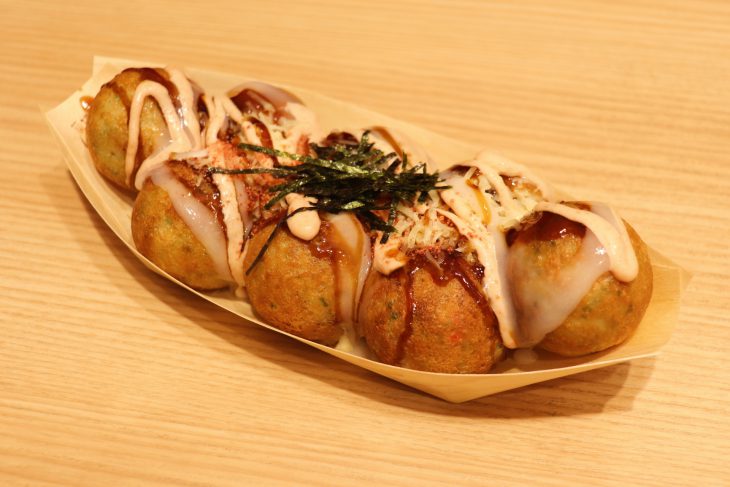 Takoyaki, or fried octopus balls, is a local specialty originally from Japan’s second major metropolis, Osaka. The dish consists of fried balls of wheat dough measuring some 3-5cm in diameter stuffed with octopus (typically the common variety known as madako) as well as other ingredients and seasoned with a variety of condiments. The best and most popular takoyaki is nice and crunchy on the outside and delicious and gooey on the inside and is usually enjoyed topped with condiments which perfectly compliment the crunchy texture and umami flavor of the octopus, such as mayonnaise, takoyaki sauce, katsuobushi (dried bonito flakes), and aonori seaweed. The filling is usually piping hot, so be careful not to eat it too fast and burn your mouth!

In recent years, many unique takoyaki restaurants have been popping up not only in Osaka but all throughout Japan serving takoyaki made with with a variety of new fillings in addition to octopus. But even if it isn’t actually made with any tako (octopus) whatsoever, takoyaki is still called takoyaki! This classic dish is often served at home parties and festivals, and thanks to both how easy it is to prepare at home as a family as well as how cute the little octopus balls look, the dish has remained a Japanese favorite for generations.

Easy and convenient, takoyaki is easily one of Japan’s top comfort foods! 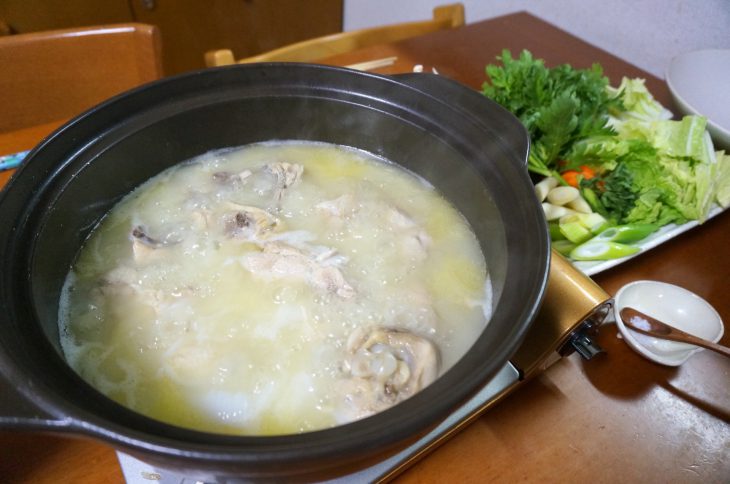 Nothing says winter in Japan quite like nabe, or hot pot! One type of Japanese hot pot is mizutaki, which is prepared by simmering chicken and vegetables as well as a variety of other ingredients in a pot of water. Fukuoka’s Hakata area is famous as the birthplace of mizutaki hot pot, and the dish has continued to grow in popularity, with increasing numbers of restaurants specializing in mizutaki found all over the country.

We recommend first savoring just the cloudy white, slightly salted water-based soup, packed with collagen derived from the chicken and full of dashi flavor drawn from the combination of the simmered chicken and vegetables. The ingredients themselves are typically enjoyed dipped in a sauce such as ponzu  (a citrus soy sauce), as mizutaki hot pot has a relatively mild flavor compared to other kinds of hot pot dishes. Mizutaki is a fantastic dish which can be enjoyed just about anywhere from the authentic flavor of mizutaki restaurants to the simple convenience of mizutaki prepared at home.

At the end of a mizutaki meal the remaining soup will typically be mixed with rice to create a sort of rice gruel, which is fabulous in and of itself.  Not only is mizutaki  easy on the stomach, it is likewise said to be great for promoting health and beauty, and warms both body and soul. 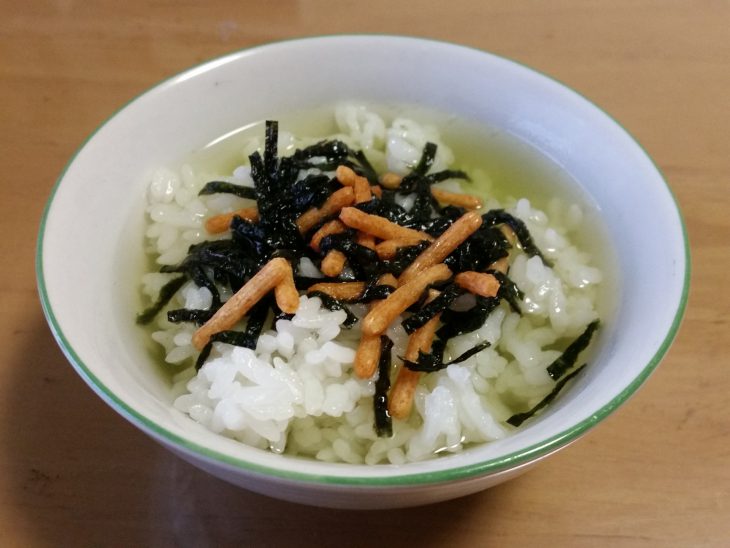 Ochazuke is a dish consisting of a hot liquid such as tea, hot water, or dashi soup broth poured over cooked rice. Ochazuke is typically prepared at home using flavoring packets sold at the supermarket or convenience stores by simply sprinkling the flavoring on top of the rice and then pouring a hot liquid such as tea or hot water over it. Available in a wide variety of flavors such as Japanese plum, mentaiko (spicy pollack roe), salmon, takana (mustard greens) and more, one of the reasons ochazuke is so popular is how simple and easy it is to prepare.

Ochazuke is often enjoyed as a pick-me-up after a long and tiring day, or when you don’t have much of an appetite, or when you’re in the mood for a late-night snack, or even to wash down your last round of drinks at the izakaya pub. Recent years have also seen a boom in new high-quality, trendy ochazuke dishes and even ochazuke restaurants specializing in the dish.  Also popular is a variety known as tai chazuke in which dashi broth is poured over a rice bowl topped with tai (sea bream) sashimi.