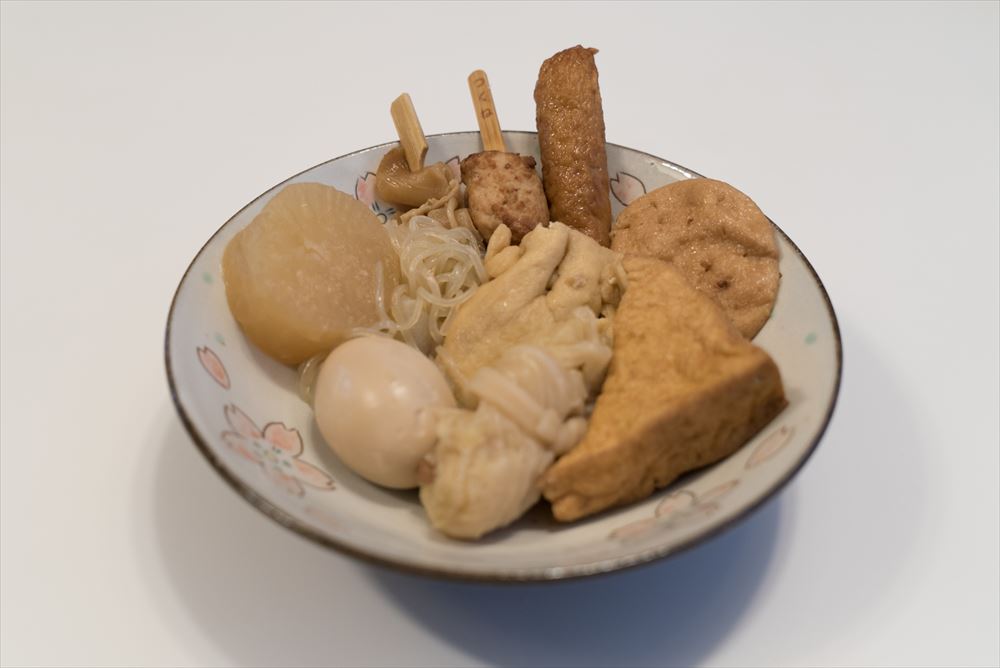 As the temperatures gradually sink into a chilly winter, convenience stores all across Japan start to kick their oden pots into high gear. For those unacquainted with this Japanese dish, Oden (おでん) is a Japanese one pot winter dish consisting of several ingredients such as boiled eggs, radish and processed fishcakes stewed in a light, soy-flavored broth. Ingredients vary according to region.

Rarely seen outside of Japan, many of the ingredients in this incredible savoury pick and mix look almost alien to non-Japanese eyes, and so visitors are often wary of trying it for themselves. With this in mind, today we’d like to introduce you to a handful of typicaloden ingredients, teaching you their names and telling you a little bit about each of them. 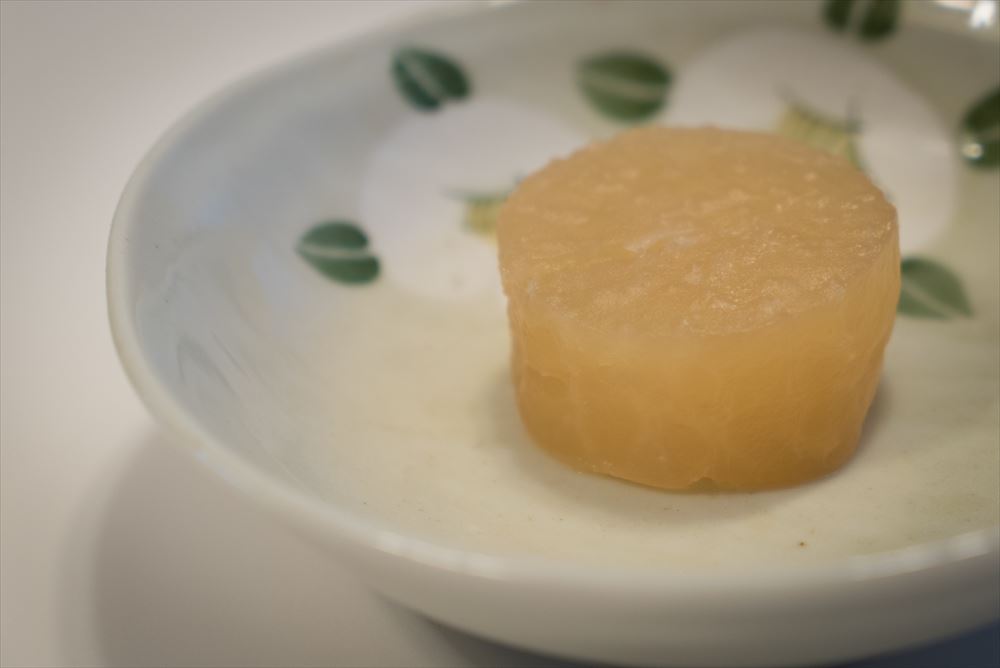 Daikon, or radish is an essential oden ingredient. It soaks up the oden broth, and is actually a lot lighter than it looks.

Chikuwa are tube-shaped fish-pa6ste cakes. The “yaki” part in the name denotes that it has been cooked–in this case lightly fried–before being added to the broth. Chikuwa’s consistency is somewhere between cooked meat and tofu – it’s soft and spongy. 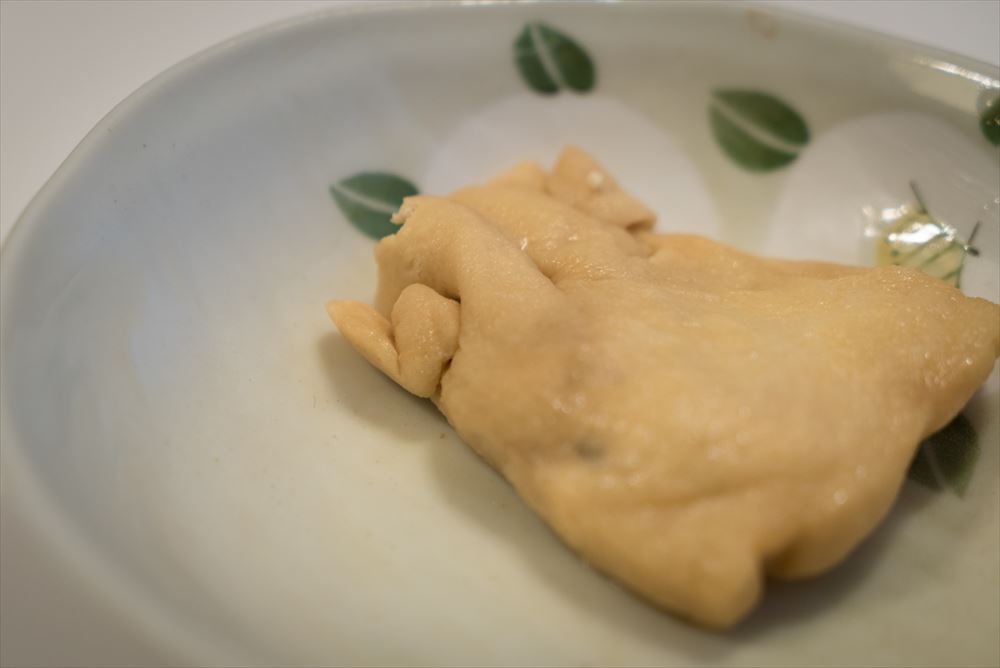 These are little pouches made from deep-fried tofu. Inside you’ll find a thick, sticky mochi rice cake. 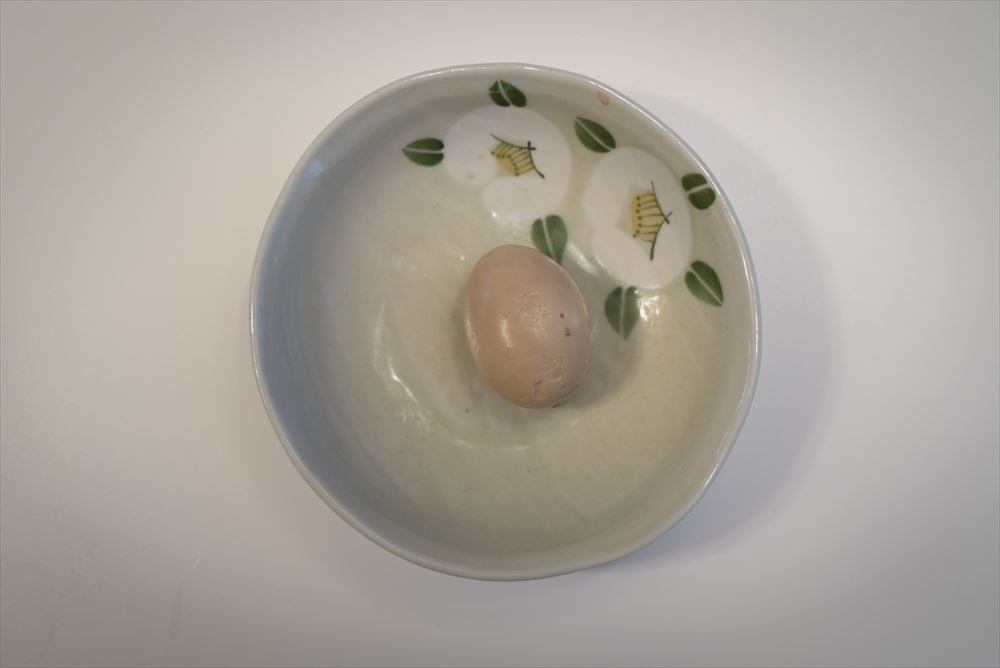 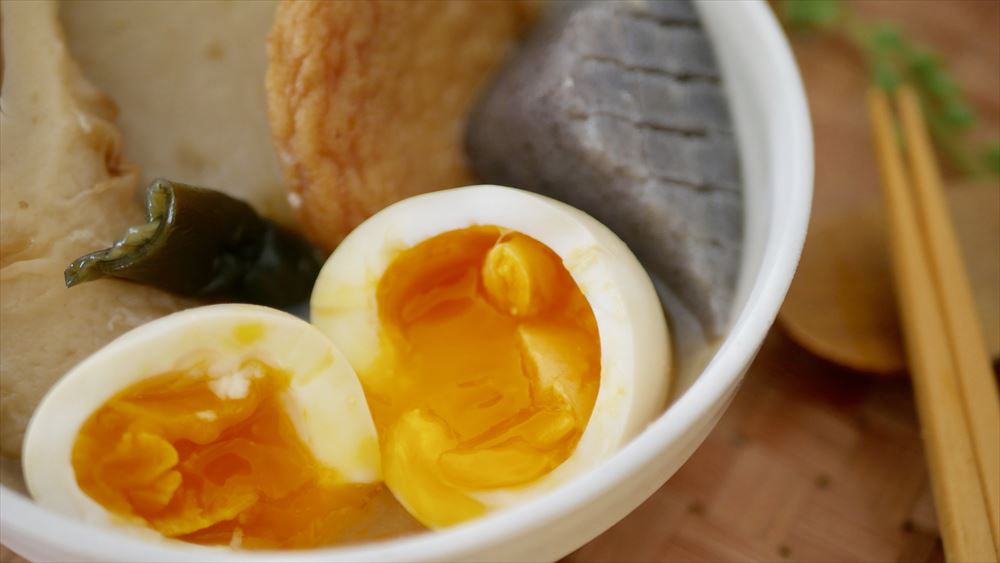 Hard-boiled eggs which have been left in the stock for so long that they have changed colour and picked up a delightful amount of salty flavour. 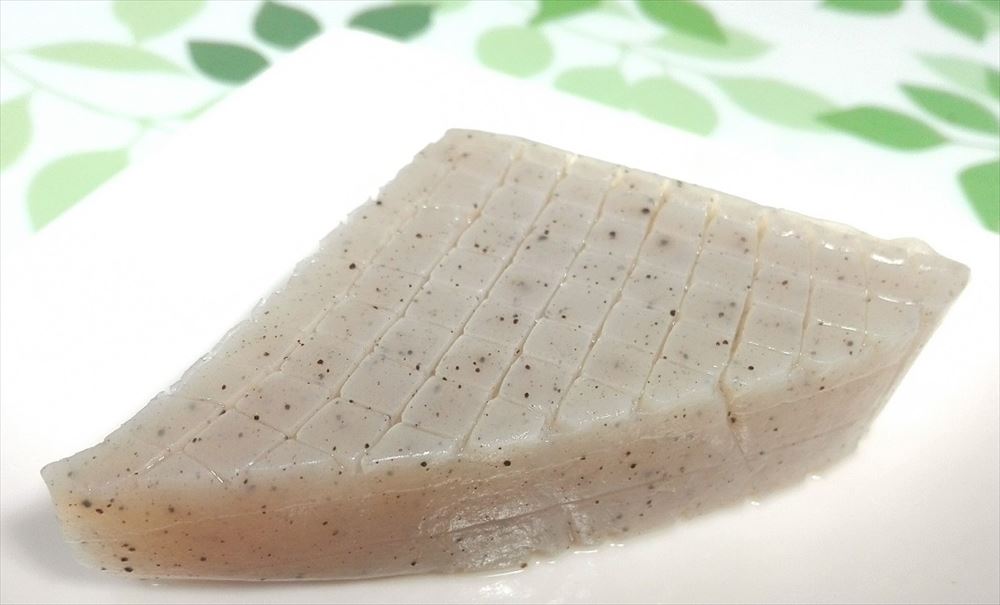 Konyaku is made from the root of a plant call the Amorphophallus konjac. Konyaku is like a sort of tough, savoury jelly and doesn`t have that much flavor on it`s own. But soaked in a broth like oden’s, it’s quite delicious. 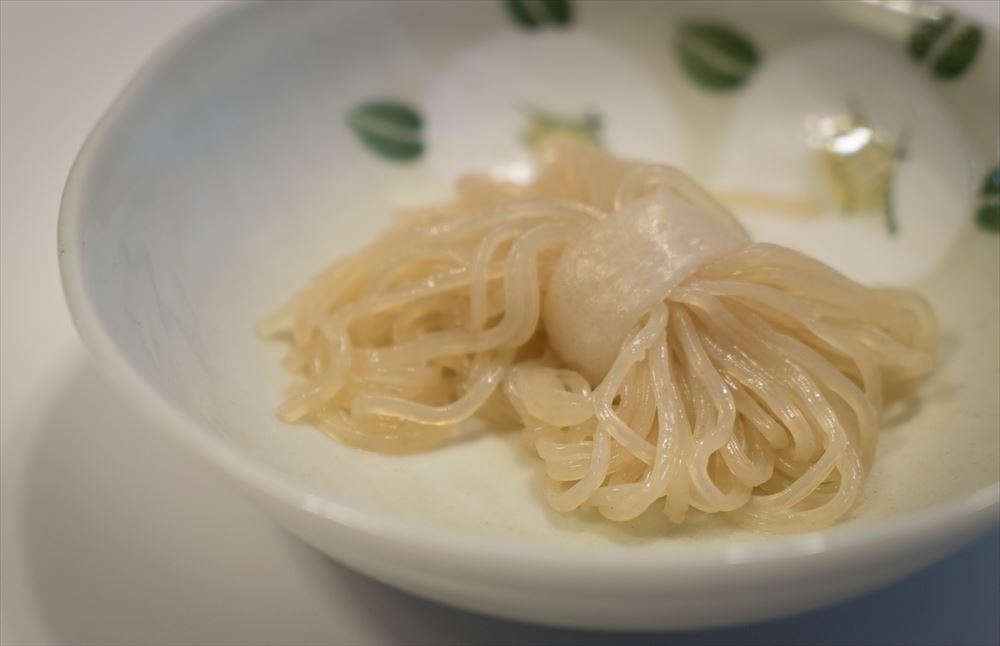 It might look like mutated squid but this is actually just a bunch of noodles made from konyaku, bound up with an extra-thick band of the same ingredient. They’re kind of chewy and for inexperienced eater a little tricky to eat. 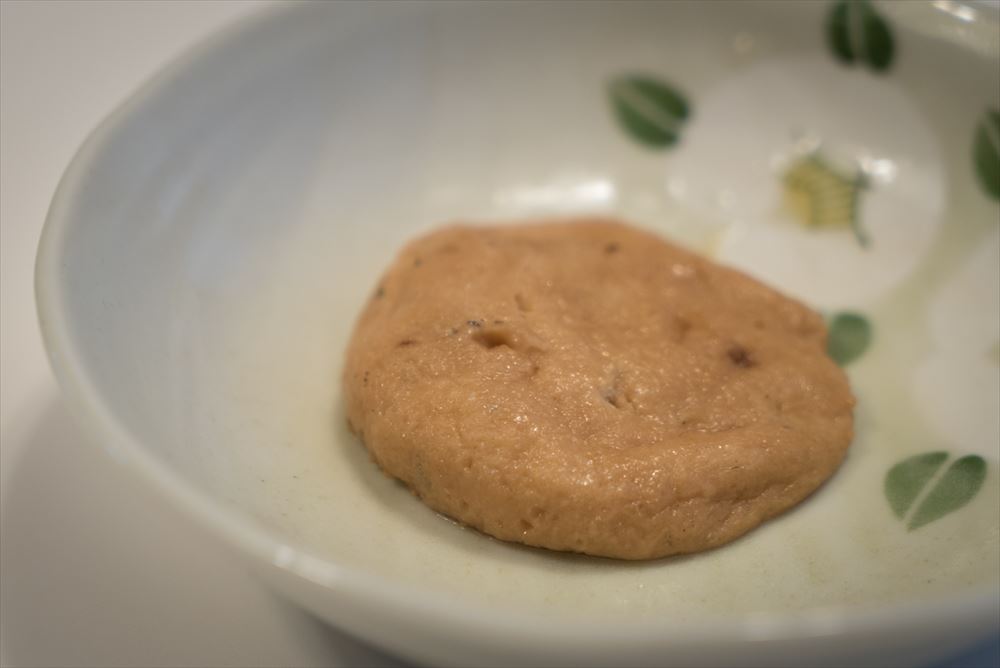 Ganmo are fried tofu patties with vegetable bits. For tofu enthusiastic, these are a must try food. 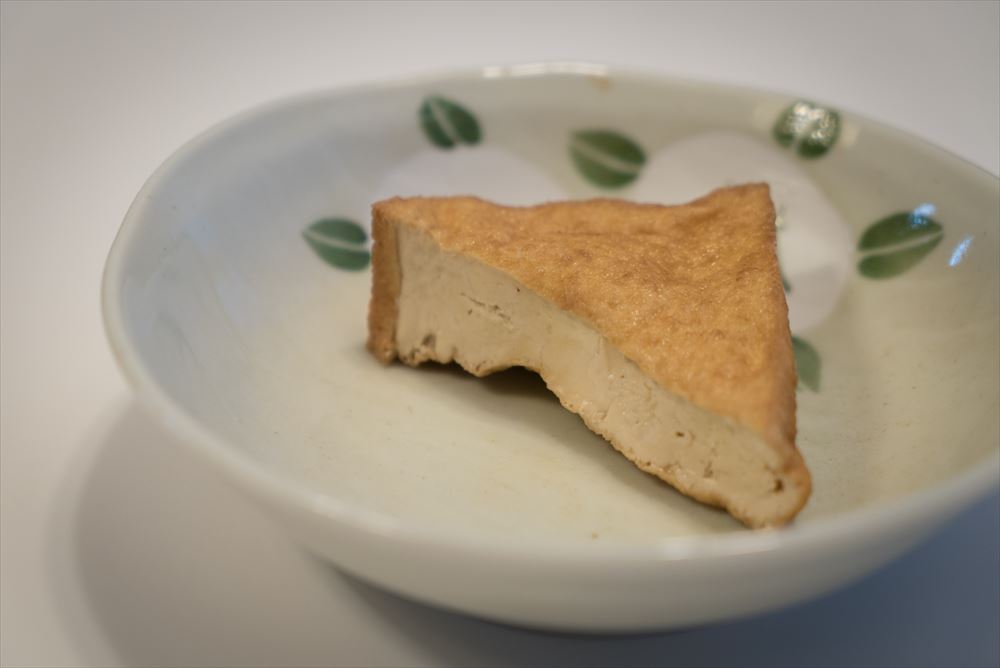 Atsu-age is just a thick slicks of fried tofu. 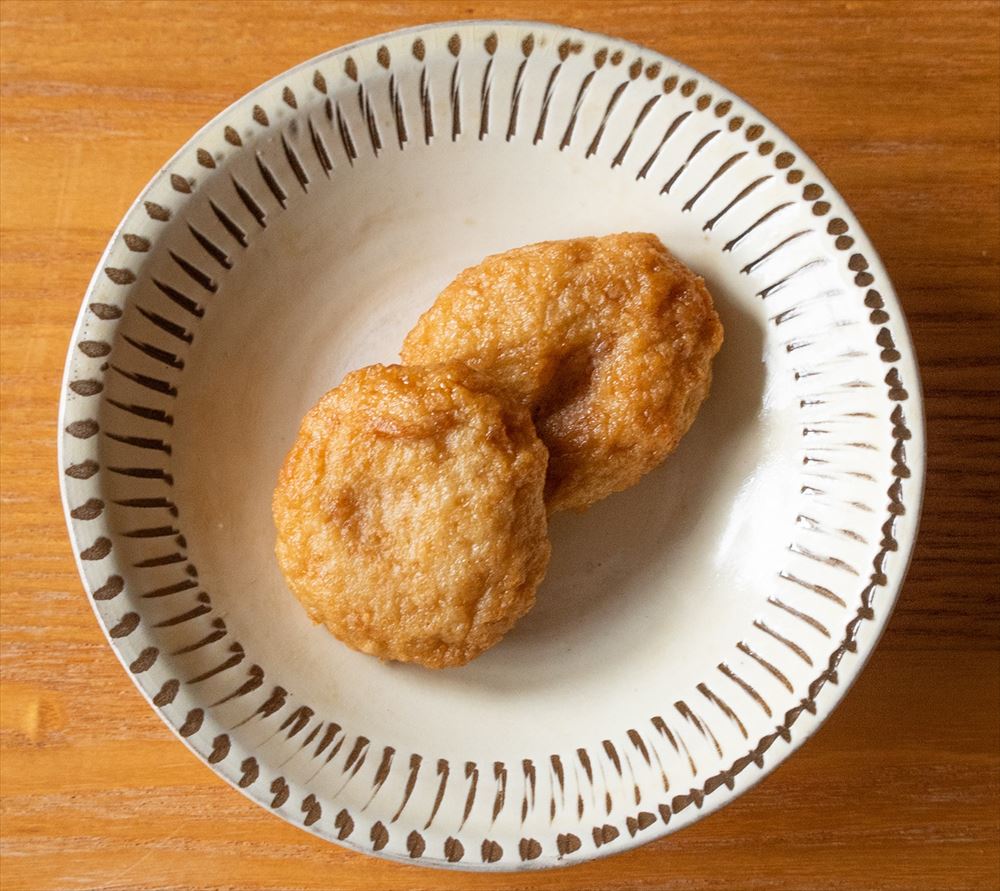 Satsuma-age are fried fishcakes, traditionally from Kagoshima in Kyushu. They are usually made from cod and contain vegetables such as shredded carrot. 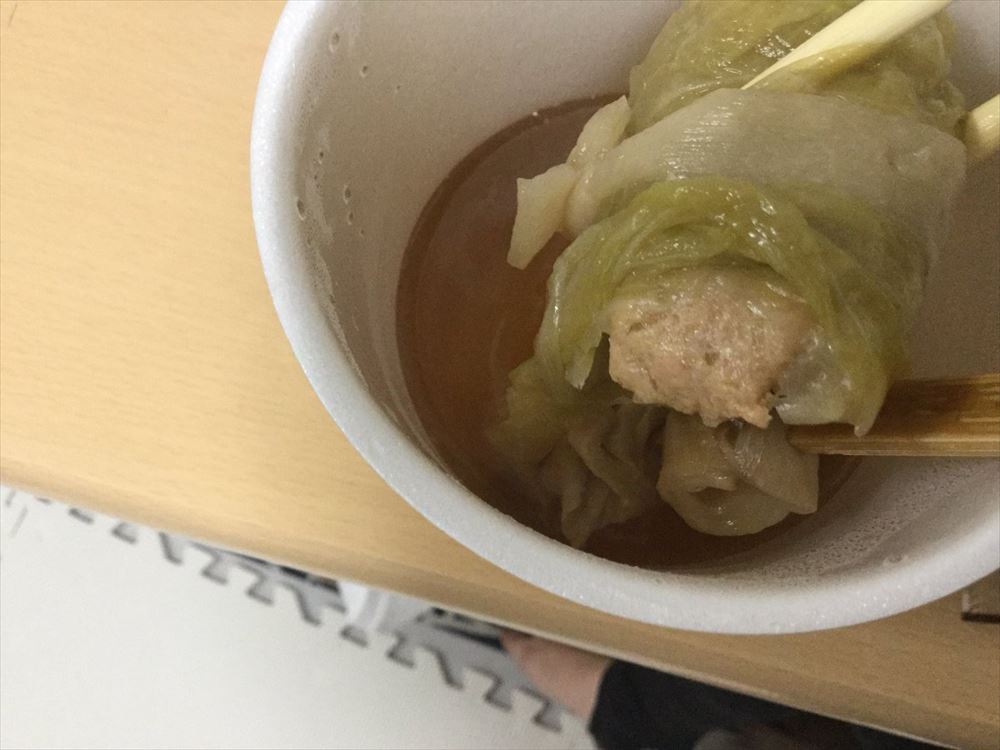 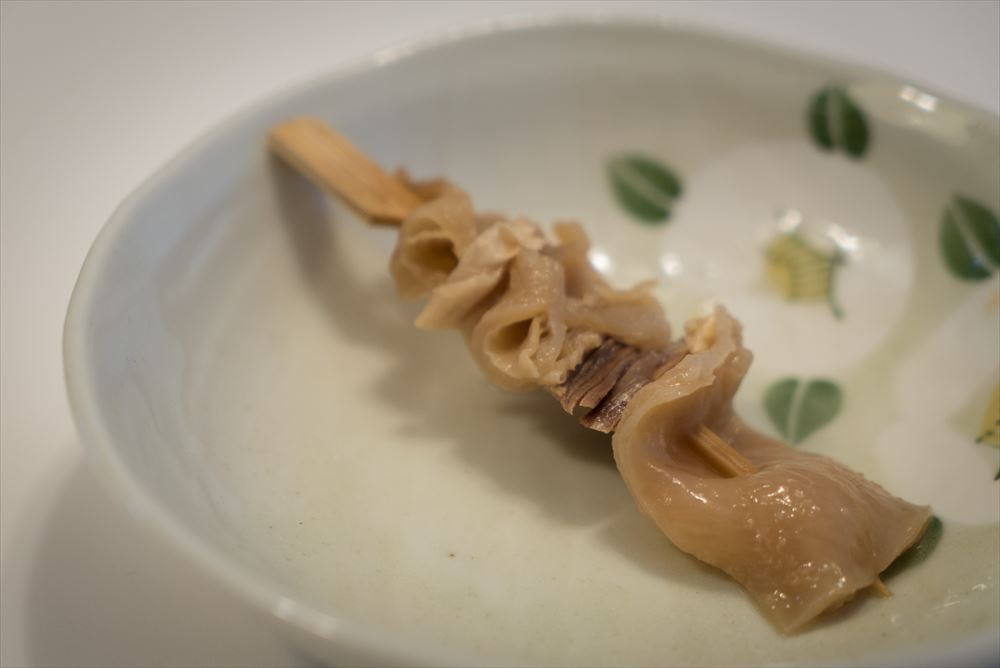 Gyu suji translates as beef muscle or sinew. Japanese often use up some of the meat products many Westerners would waste, and this is no exception. The texture of it is quite rubbery the majority of Japanese like it. As with many other foods, give it a try before judging. 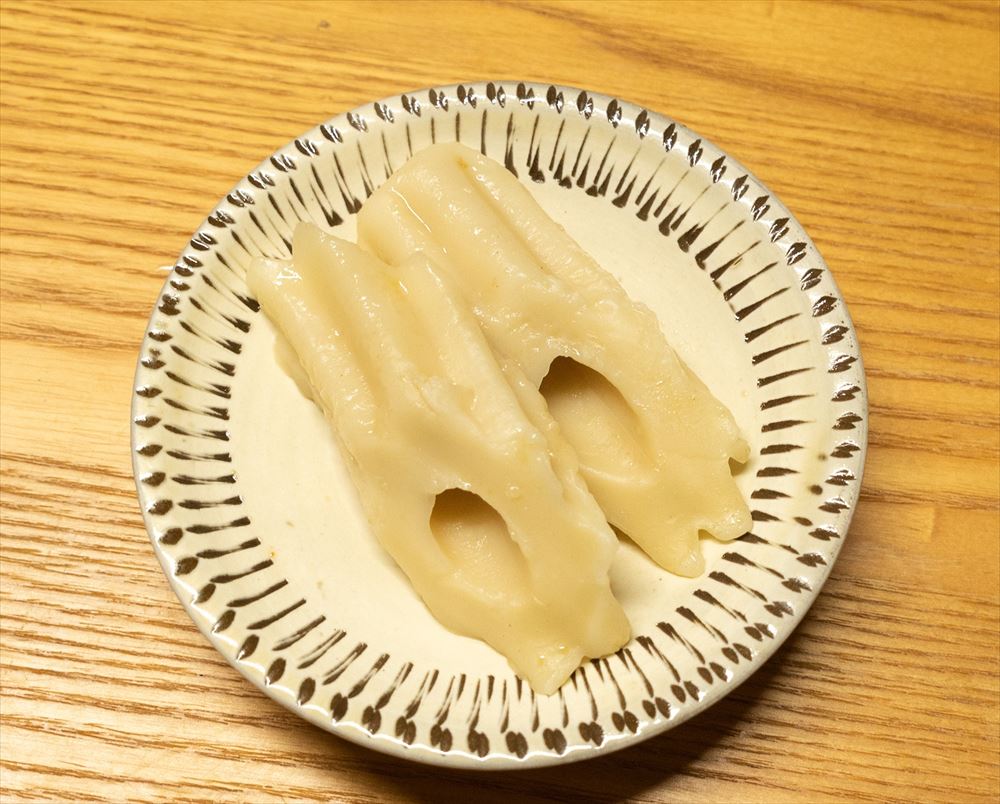 Chikuwabu are chewy brethren of the fish-cake chikuwa. Made from thick flour-paste, these tube-shaped ingredients are really filling. 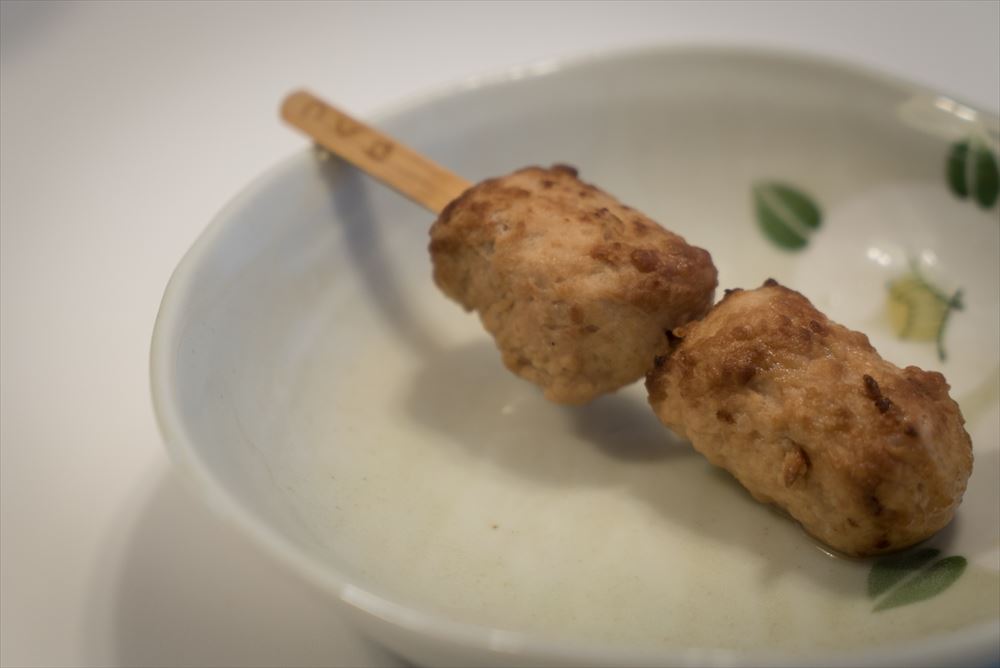 Tsukune is meatloaf of sorts usually made from ground chicken and shaped into small balls. Tsukune can be found almost anywhere in Japan all year round. They’re not an essential oden ingredient but they’re tasty and quite easy to eat compared to the other snacks.

Now you might ask yourself, how much money do you I have to spend for oden? Well, prices vary depending on how much you buy. When ordering, you have to decide first the size of your oden bowl (small, medium, large).

As mentioned at the beginning of this article, there are bound to be other broth-soaked delights to try depending on the store or region in which you buy your oden. If you have a favourite oden ingredient that we didn`t introduce tell us about it via Facebook Messenger or send us a inquiry.

【News】 FEEL FUKUOKA JAPAN has launched a new project in support of... 続きを読む