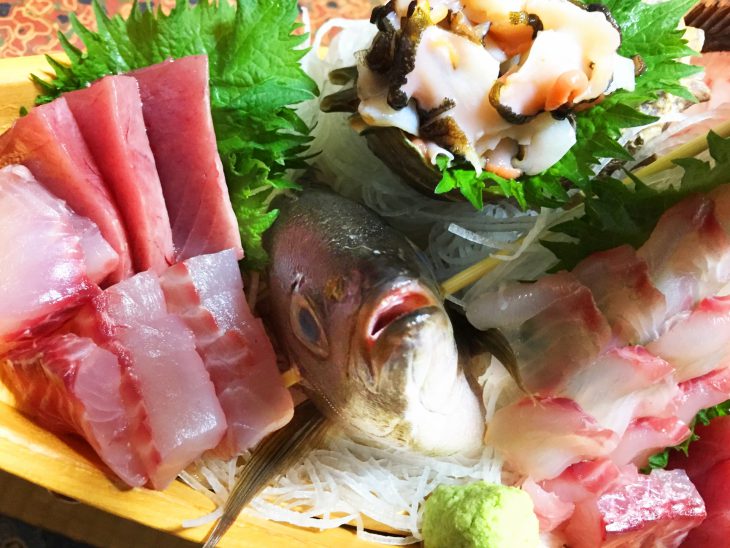 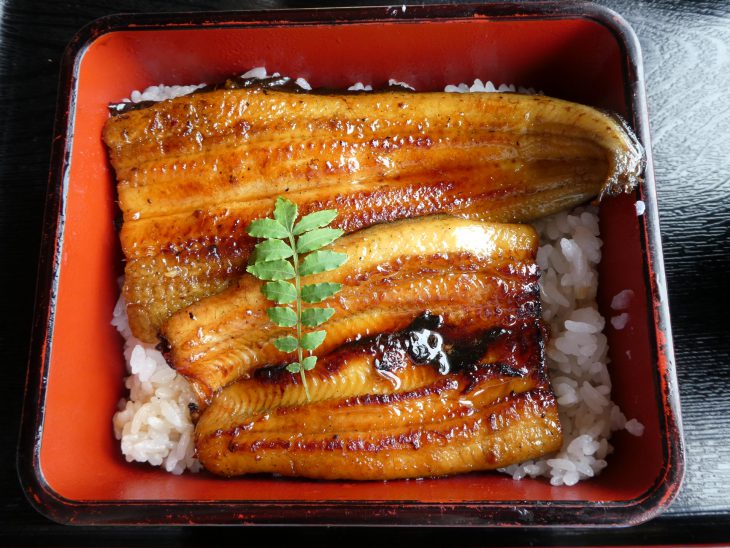 Unaju is a type of Japanese rice bowl, or donburi, which consists of a bed of rice topped with broiled eel covered in a sweet soy sauce known as kabayaki and topped with tare sauce. This traditional Japanese dish is known as a local speciality of former Edo or present-day Tokyo. Although technically the only difference between unaju and unadon is the bowl it is served in (unadon comes in a normal bowl, whereas unaju comes in a beautiful lacquered box), restaurants which serve both dishes typically serve more eel in unaju and it is often considered a fancier, more upscale menu item compared to the unadon eel bowls that come as part of a set including eel liver soup (kimosui) and other small plates.

The soft and flaky eel dipped in kabayaki sauce and drizzled with sweet tare sauce goes down easily with hearty portions of rice. We recommended adding some sansho, a Japanese condiment also known in English as Japanese pepper, to bring out a different unique fragrance and flavor to enjoy. In Japan eel is believed to help cure fatigue and bring good health, so all Japanese washoku dishes made with wild Japanese-caught eel in general are considered upscale gourmet cuisine.

There is even a day known as Ushi no Hi which comes once during each of the four seasons on which it is customary to eat eel, further proof of how much the Japanese have loved eel for generations. You will also find countless restaurants specializing in eel dishes which have been in business for many years in each region throughout the country. 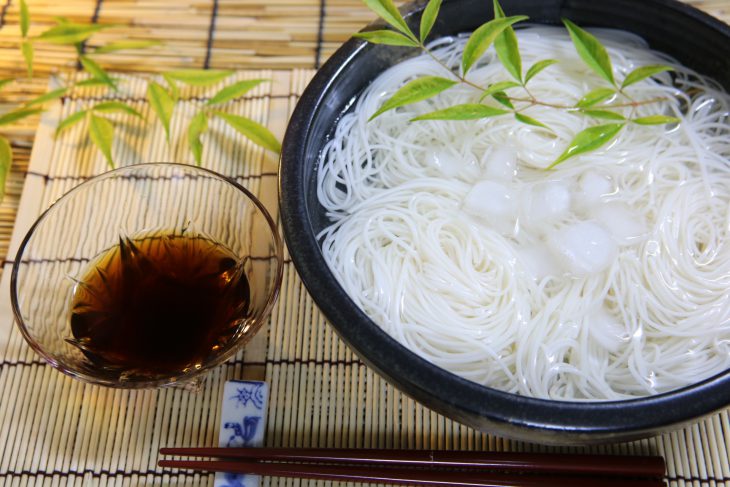 Somen are a kind of noodle made from wheat flour often used in Japanese noodle dishes. A similar type of noodle is likewise commonly used in several East Asian countries in their own ethnic dishes. Dried somen noodles are available year-round so you can of course enjoy them at any time of the year, but they are particularly popular as part of some cool, refreshing dishes typically enjoyed during the summer season. A popular winter dish, on the other hand, is known as nyumen, or somen noodles served in a warm dashi broth.

The irresistably smooth, satisfying texture of somen noodles goes great with a number of different ingredients and each region and even each household has their own unique somen recipes. One way to eat somen noodles which is very popular among children is nagashisomen, in which a piece of bamboo is cut into half lengthwise and used to make a sort of chute. Somen noodles are then placed in the chute with running water and allowed to flow down towards the bottom, which diners pick up with chopsticks and eat along the way. Many Japanese children will remember getting together with all their friends to enjoy nagashisomen together on a hot summer day! 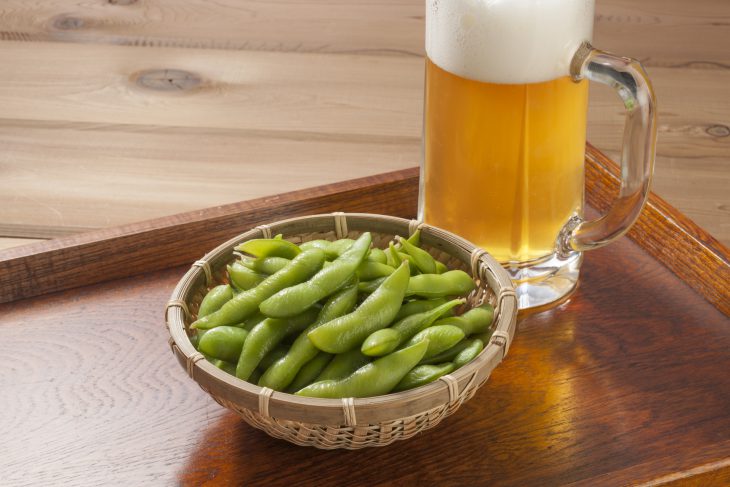 Traditionally in season during the summer, simple boiled edamame (or green soybeans) are a quintessential Japanese snack to go with alcohol. With a mild, unassuming flavor, they have long been one of Japan’s most favorite snacks to go with a nice cold beer. And now thanks to improvements in cultivation techniques, edamame is now available to enjoy all year long.

Often served at Japanese-style pubs known as izakaya as a type of appetizer that comes with the cover charge (known as otoshi in Japanese), it is common to enjoy munching on some edamame while drinking a cold beer while you decide what to order and wait for your food to be prepared. Because edamame is so simple to prepare – just add salt to boiling water, boil, and you’re done – edamame has become a very common otoshi appetizer.

Although edamame soybeans are also used in a variety of other dishes, it’s most likely the bright green salted and boiled edamame appetizer that first comes to mind when Japanese people hear the word “edamame”.