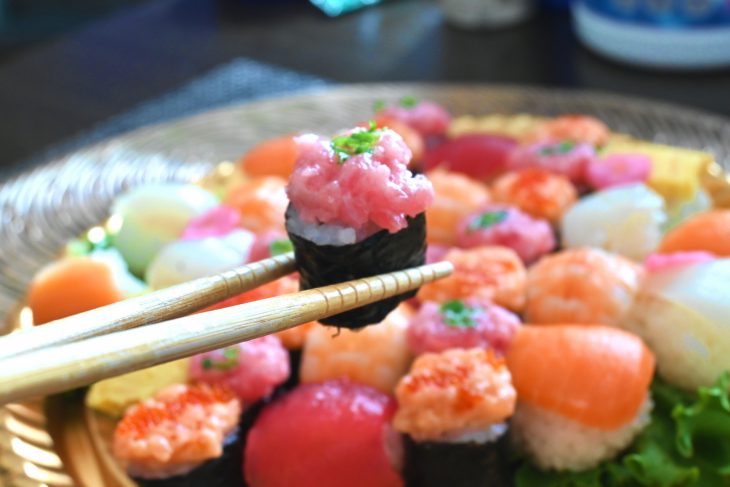 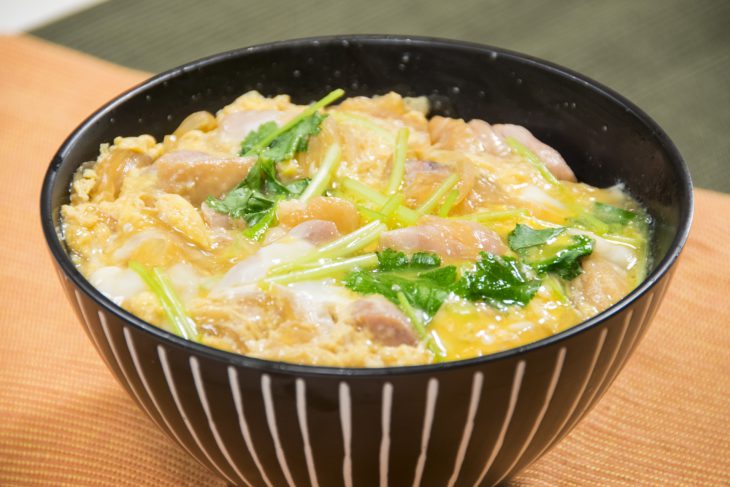 Oyakodon is a dish consisting of chicken meat simmered in a broth such as warishita (sukiyaki sauce) topped with beaten egg over a bed of white rice. The name oyako (literally “parent and child”) is derived from the fact that both chicken meat and eggs are used in the dish.

The chicken meat is often simmered together with onion or green onion and the final dish garnished with toppings such as mitsuba (Japanese parsley) and chopped nori seaweed flakes for a touch of color. In recent years it has become commonplace for oyakodon to be prepared with juicy soft-boiled egg and it is often enjoyed seasoned with a spicy touch of cayenne pepper or shichimi togarashi (seven-spice blend).

Oyakodon made using soba dipping sauce is also delicious and is often served together with soba noodles at soba restaurants. Simple to prepare, oyakodon is a traditional Japanese dish which many mothers often make at home for their children. 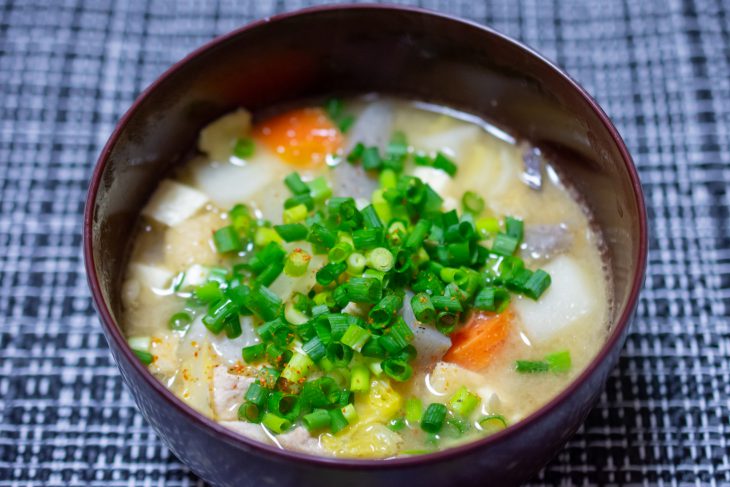 Tonjiru (also known as butajiru) is a Japanese dish made from pork and vegetables simmered in a miso broth. It is basically miso soup with pork meat and plenty of vegetables and other ingredients. The dish is characterized by its unique aroma of miso and vegetables, particularly bitter root vegetables such as burdock root, and plenty of pork with just the right amount of fat.

Each household and restaurant’s recipe will call for different vegetables and other ingredients, but as a general rule of thumb, as long as it has pork in it, anything else goes. This warm soup is the perfect dish to warm you inside and out on a cold winter day and leave you feeling relaxed in both mind and body.

The dish is known by both the names tonijru and butajiru and has long been a familiar staple of Japanese restaurants, gyudon beef bowl restaurants, and home-style cooking alike. 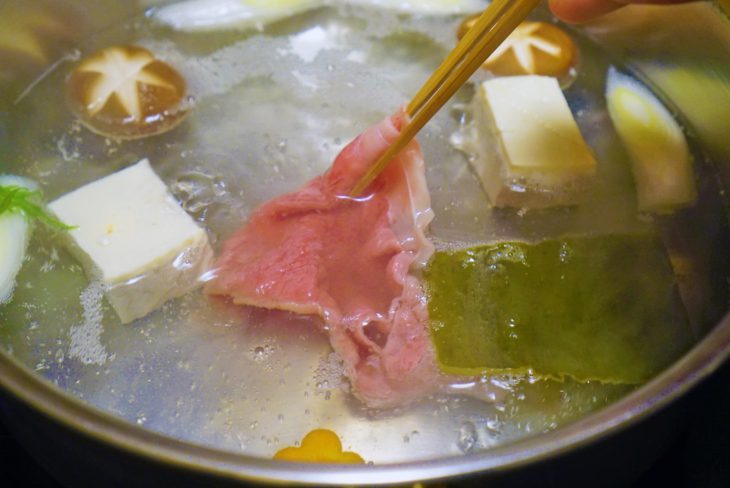 Shabu shabu is a type of hot pot (nabe) dish in which extremely fine-cut slices of meat are briefly dipped into a pot of boiling soup broth for a few seconds each time until cooked and then enjoyed dipped in shabu shabu sauce. The most typical sauces include ponzu (a citrus soy sauce) seasoned with green onion and other condiments and sesame sauce.

Beef was once the shabu shabu meat of choice, but in recent years pork has become almost just as common. A variety of kinds of seafood including buri (Japanese amberjack), fugu (pufferfish), octopus, sea bream, and snow crab have also become popular shabu shabu options.

Other ingredients such as chicken, vegetables, tofu and more are added to the pot and boiled in the soup and enjoyed in between bites of the main shabu shabu meat. The meal will typically come to a close with what is known as a shime – either rice or noodles added to the soup at the end of the meal – one of the best parts of any hot pot meal.