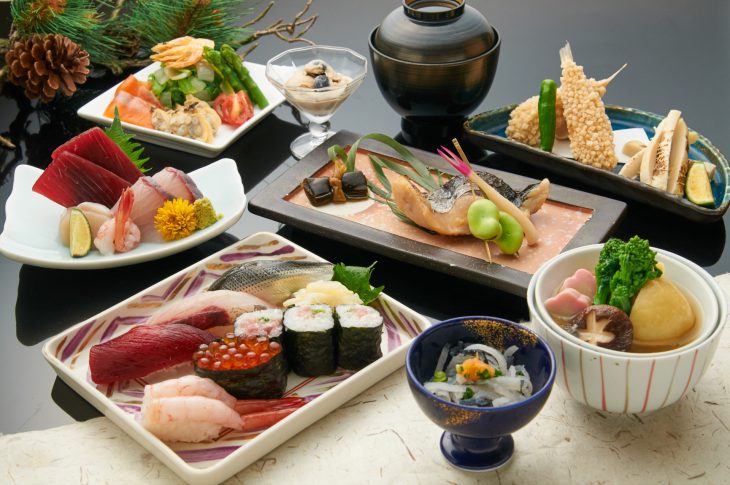 (1) An emphasis on bringing out the natural flavor of a diverse variety of fresh ingredients
Japanese territory spans far lengthwise from north to south and is blessed with an abundance of natural landscapes from the sea, to the mountains, to the countryside. Thanks to this geographic diversity, each region is home to a wide variety of local ingredients which are incorporated into the country’s traditional cuisine along with a set of cooking techniques and tools developed specifically for bringing out the inherent flavors of the ingredients themselves.

(2) Balanced nutrition to support a healthy diet
The foundation of the traditional Japanese meal consists of one soup and three dishes, which is said to make for the ideal nutritionally balanced meal. Japanese cuisine is also great at bringing out the natural flavors of the each ingredient, allowing for a diet low in animal fats which has helped contribute to the country’s long life expectancy and low obesity rates.

(4) A significant part of seasonal events such as the New Year’s holiday season
Traditional Japanese cuisine has evolved to form an integral part of the country’s seasonal events. By sharing the foods with which we were blessed by nature, mealtime in Japan has played an important part in strengthening the bonds among families and communities. 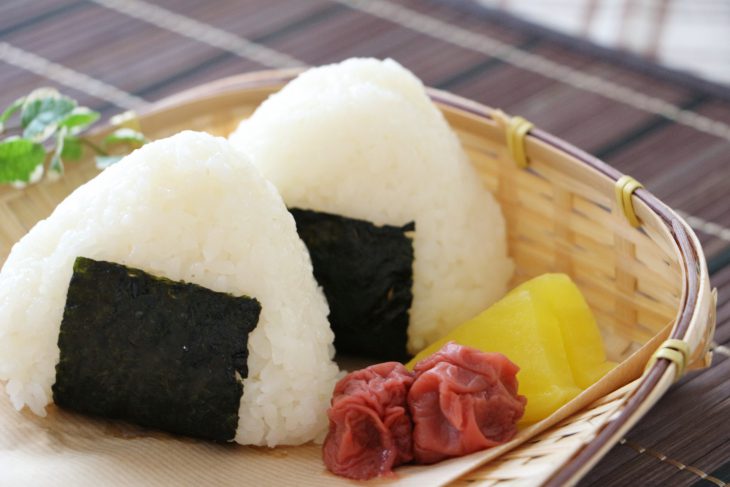 Onigiri, or rice balls, are one of Japan’s most popular foods with a history dating back almost 2,000 years. Onigiri consist of fresh, piping hot rice pressed into a triangular or variety of other shapes which are easy to eat and take with you on the go.

Onigiri come in a variety of flavors, some the most typical fillings being Japanese plum, salmon and kelp. Often wrapped in a sheet of flavored nori seaweed, today’s onigiri come in many different shapes and flavor varieties.

You will find a variety of onigiri available at most convenience stores and they are typically found included in bento lunch boxes as well. 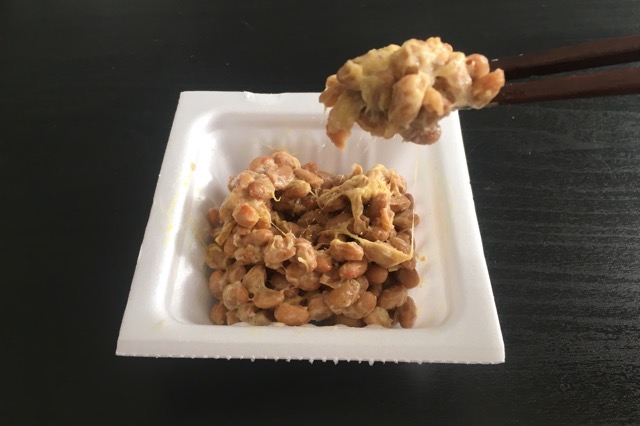 Natto is a beloved traditional food which can easily be found at Japanese convenience stores and supermarkets. Put simply, natto is a fermented food made from soybeans fermented by the bacterium bacillus subtilis var. natto. Natto is characterized by its unique smell and stringy, gooey texture which are certainly not for everyone.

Natto has been loved by the Japanese for generations and is widely known for its numerous health benefits. A pack of natto stirred round and round until nice and gooey and enjoyed with a bowl of white rice is the quintessential image of breakfast in Japan.

Although many foreign visitors tend to shy away from this unique food, in recent years it has been combined with and used in a variety of dishes, making it more accessible and easy to eat than ever. 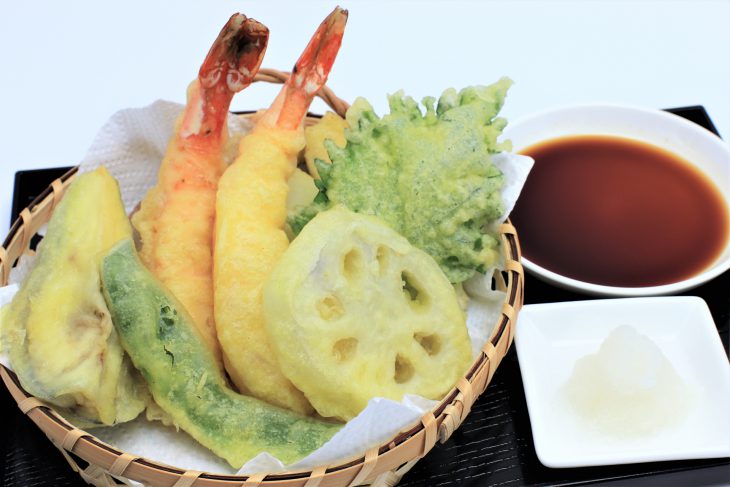 Tempura has come to be known as one of the most well-known examples of Japanese cuisine worldwide. Tempura consists of various ingredients such as seafood and vegetables battered in a mixture typically made out of wheat flour, water and eggs, and then deep-fried in hot oil. The taste of crisp, flaky freshly fried tempura is like none other!