Foods of Fukuoka: Delicious seasonal seafood found in and around the Fukuoka area – April Edition

Here in Fukuoka, thanks to the city’s coastal location you can get from the city center to the sea in no time at all.
So today FFJ writer “Doggy Man” is going to show us some of the delicious seafood you can catch and enjoy in and around Fukuoka each season. 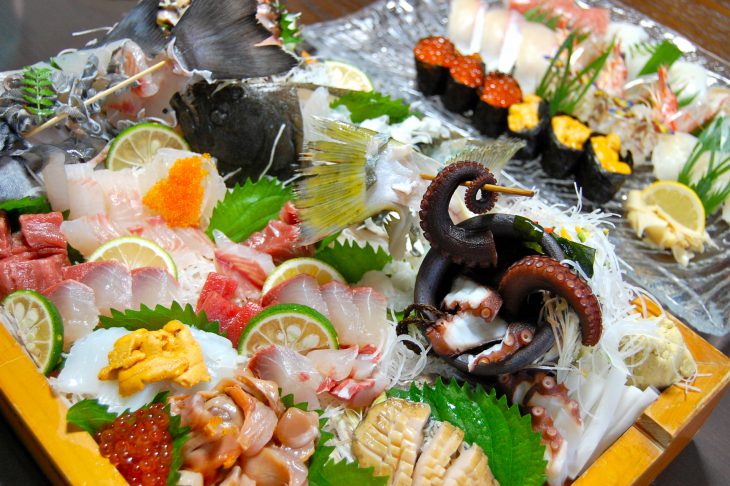 Here in Fukuoka, thanks to the city’s coastal location you can get from the city center to the sea in no time at all. So today FFJ writer “Doggy Man” is going to show us some of the delicious seafood you can catch and enjoy in and around Fukuoka each season.

Japan has a long culinary tradition of eating raw fish (sashimi), but there are a number of other ways to prepare seafood in traditional Japanese cooking, such as grilling, simmering and deep-frying, to name just a few.

Sushi has become increasingly popular worldwide over recent years, a trend which has led to an increased number of tourists coming to Japan from overseas specifically seeking to discover authentic Japanese sushi for themselves.

And the streets of Fukuoka are no exception. It has become commonplace to spot foreign tourists enjoying local sashimi or sushi dishes throughout the city, some with impressively good chopstick skills and others not so much, but either way it is an image which brings a smile to the locals’ faces here in Fukuoka. 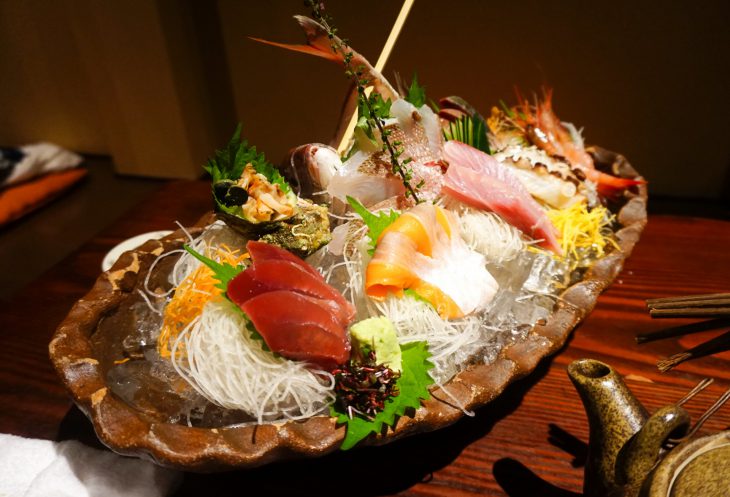 The sea located to the north of Kyushu is known for its plentiful seafood, thanks to its geographic location with respect to the ocean. Found right on this veritable sea of plenty, Fukuoka itself is blessed with a plethora of delicious varieties of fish, shellfish, edible seaweed and other kinds of seafood. 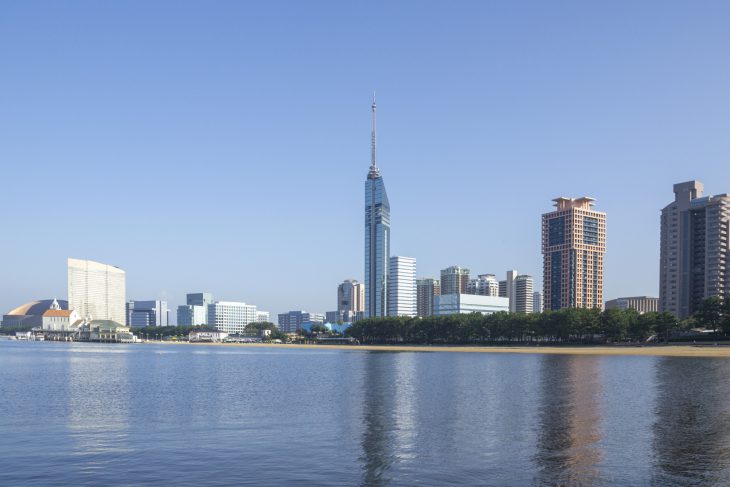 In addition to famous local specialties such as ramen, motsunabe, and mentaiko, Fukuoka is also known for its delicious seafood, and indeed the city of Fukuoka is home to the largest number of seafood restaurants per capita in all of Japan! The Nagahama Fish Market, also located near the city center, is likewise lined with a variety of the freshest local catches of the day. 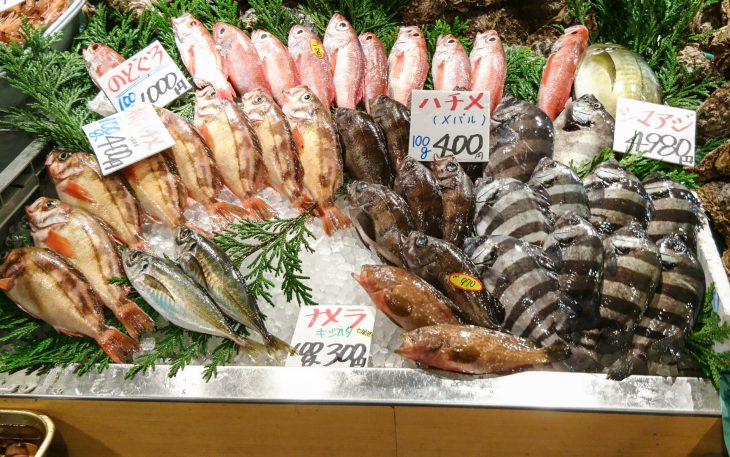 Given the overall high quality of Fukuoka’s restaurants, it is only natural that the locals would have great taste in food!
And this in turn raises the bar for both top-tier traditional Japanese chefs and everyday cooks alike, as well as the fishermen who work hard to prepare and provide the very best, freshest product, filling the fish market with a wide variety of fish from all over Kyushu, which then makes its way to the restaurants where the delicious final product makes for happy, satisfied locals, thus completing the cycle of delicious seafood. 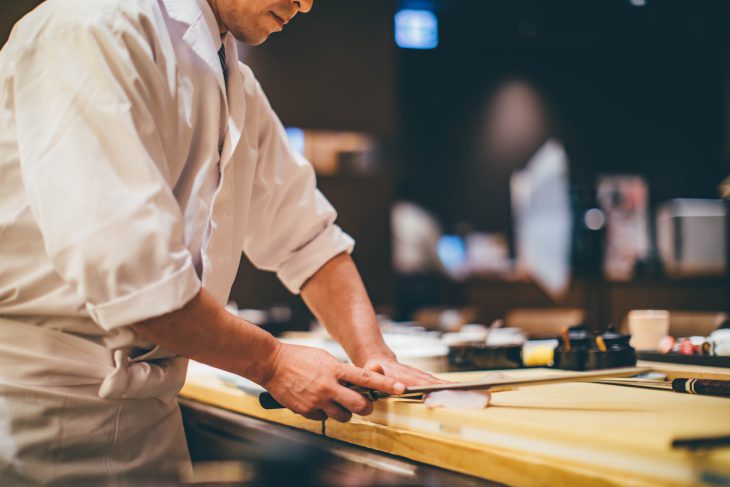 Tourists from all over Japan and the world all rave about Fukuoka’s great food, so much in fact that it would not be an overstatement to say that there are no bad seafood restaurants in the city!

Each type of seafood comes into season at a specific time of year which is when it is at its freshest and best tasting. So we would like to give you the rundown of what’s in season each month, so you can enjoy the best fresh catch of local Fukuoka fish any time of the year! 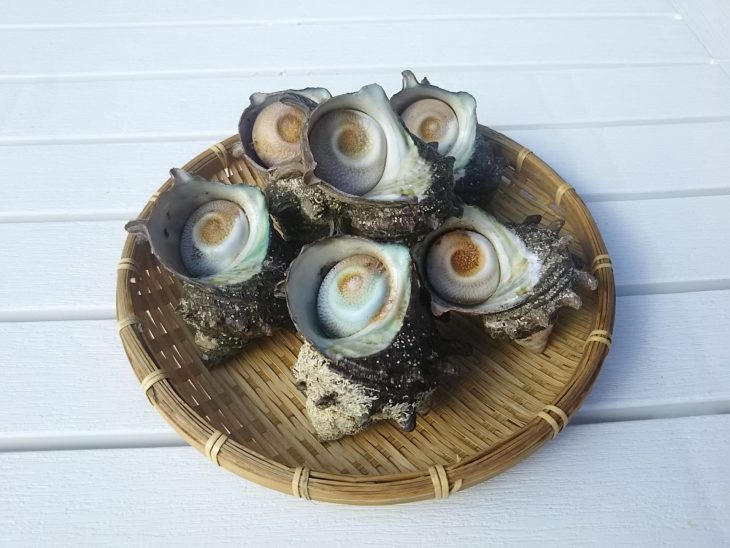 This type of seafood is so near and dear to the Japanese that the Japanese word for the turban shell, sazae, is actually the name of the protagonist of one of Japan’s most well-known anime series. More reasonably priced than abalone, turban shell is a very tasty, popular type of food in Japan. It has a crunchy texture when enjoyed raw as sashimi, and can also be eaten piping hot in the dish known as tsuboyaki (turban shell cooked in its own shell). When eating tsuboyaki, it may take a bit of time to get used to removing the shell and innards, but once you get the hang of it there’s nothing to it! There are two main kinds of turban shell: those found in rough waters which typically have two rows of long horns, whereas those found in calm waters will have either one row of short horns or no horns at all. 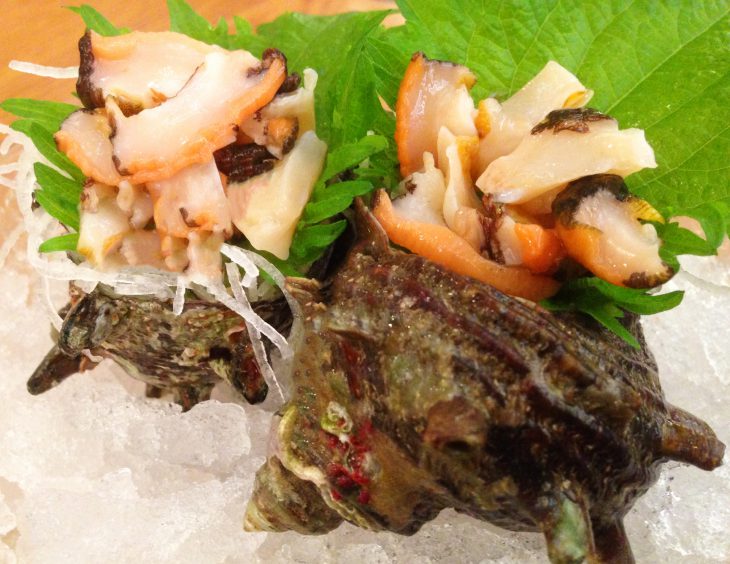 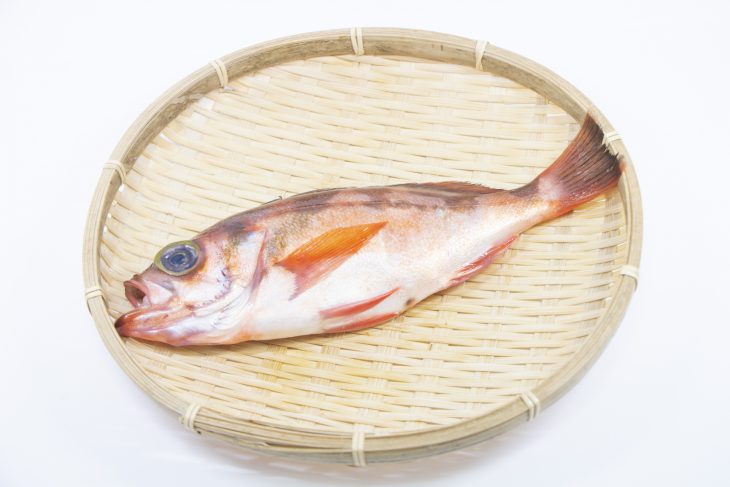 This common variety of fish is found in the coastal waters throughout Japan. The Japanese word for the Japanese rockfish is mebaru, which literally means “popped out eyes”, a fitting name as its eyes almost appear to pop out of its head. Although there are over 100 different species of Japanese rockfish, there are three varieties of mebaru you will typically find in modern Japanese markets: red (akamebaru), black (kuromebaru) and white (shiromebaru).

Loved for its soft, chewy texture, this type of fish tastes even better when in season thanks to its almost sweet flavor. This versatile fish can be enjoyed in any number of ways: as raw sashimi, simmered, salted and grilled, and more! 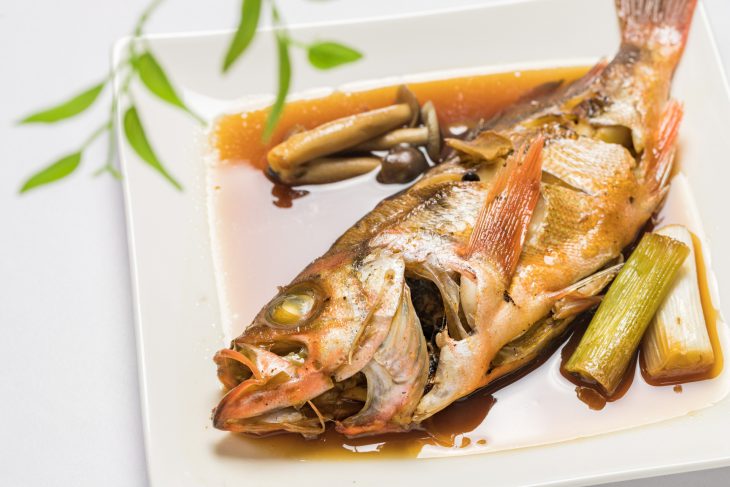 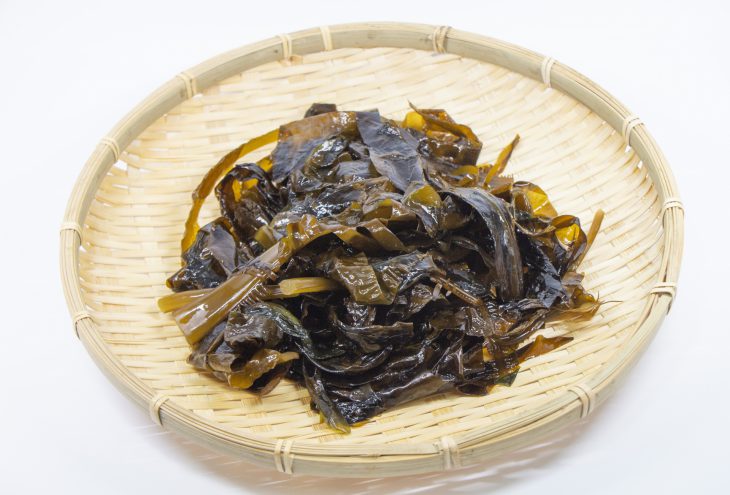 Loved by the Japanese for generations, wakame is a kind of edible seaweed found in a variety of traditional Japanese foods. Wakame is a versatile food packed with nutrients and which offers a range of flavors and uses depending on the part of the plant that is used: the wakame leaves themselves are used in dishes such as miso soup and salads, whereas the core part of the plant known as kukiwakame has a crunchy texture and has become a popular snack food in recent years, and the flowering part of wakame, known as mekabu, has a slimy texture and is often used in aemono salads and as a topping for noodle dishes. 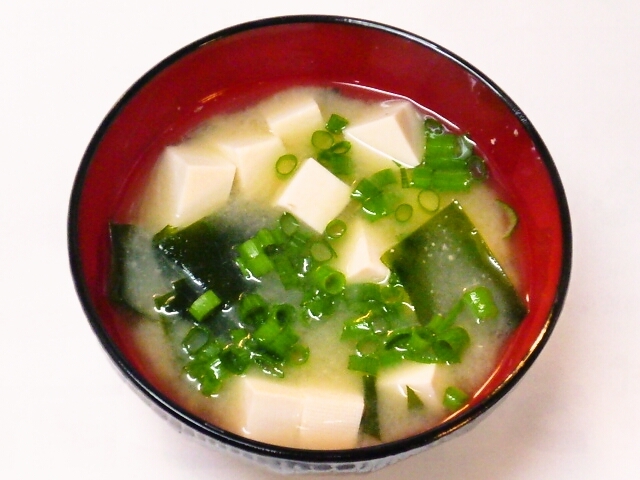 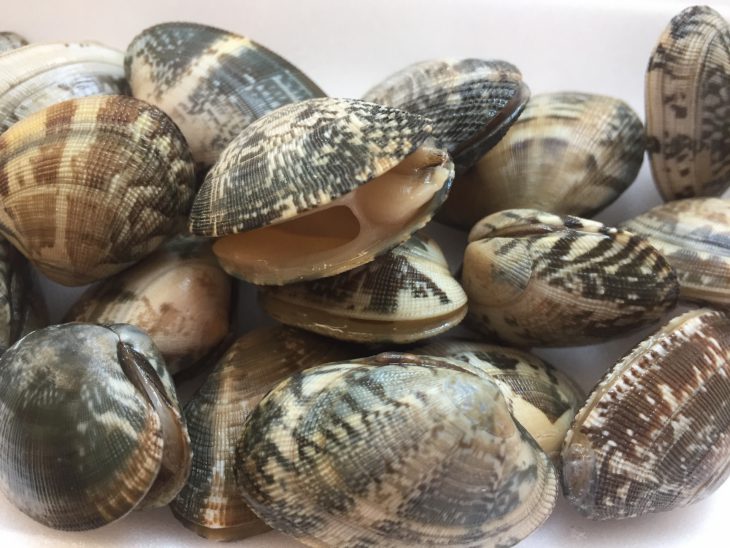 The variety of Japanese clams known as asari get their name from the Japanese word asaru meaning “to scavenge”, a fitting name seeing as this is exactly what clam diggers do come spring when it is time for asari clam digging season. Asari clams can be found in tidal flats and bays throughout the country, and they can even be found living in the sandy seabed some 10 meters below the water’s surface. Many clam diggers will come out to scavenge for asari clams right around the time when the tidal flats appear out from the falling tide, often bringing their families along with them.

Asari clams are easy to prepare and can be used in a variety of tasty dishes such as miso soup, sakamushi (asari steamed in sake), butter-grilled asari, and more. 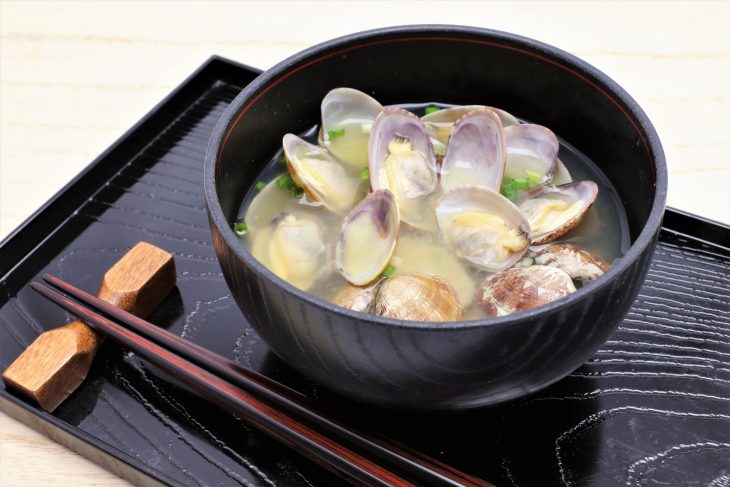 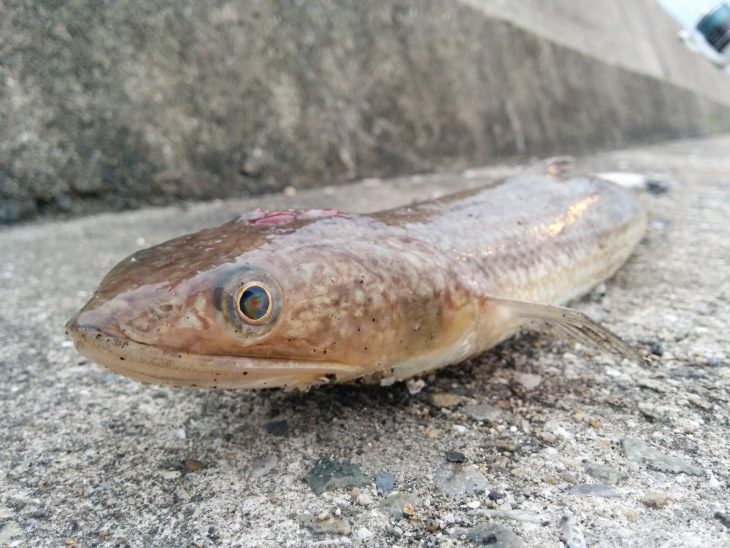 This long, thin fish measures some 50 centimeters in length and is somewhat reptile-like in appearance, the surface of its body covered in large, slimy scales. It is characterized by its big eyes, sharp teeth, and large mouth which stretches all the way out beneath its eyes as if it had been ripped apart, all the better to swallow up all the little sardines and other tiny fishes it preys on.

A white meat fish often known for its use in foods such as high-grade kamaboko, maeso is a fish you won’t often find available fresh, but it is also very tasty when grilled, in surimi (fish paste meat) or as ichiyaboshi (salted and dried). 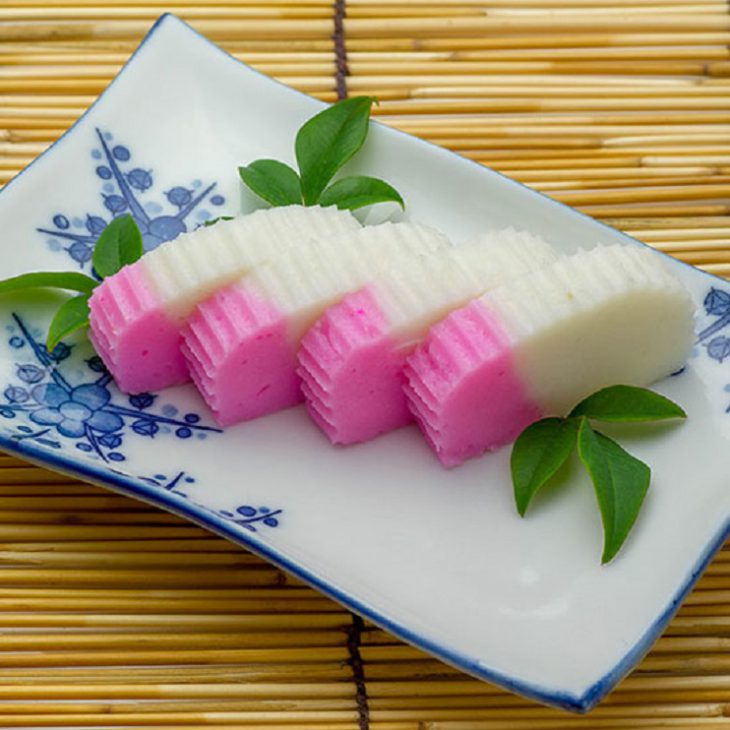 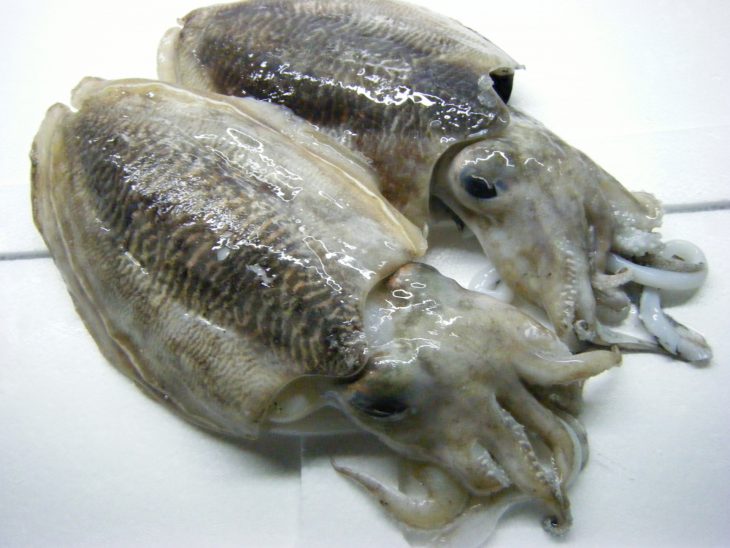 The three main varieties of cuttlefish you will find are: the golden cuttlefish, the kisslip cuttlefish, and the smaller sized Japanese spineless cuttlefish. All three can be referred to as kouika (“hard squid”) in Japanese thanks to their hard, chalky shell. Also known as sumiika (“ink squid”) as they are known to squirt large amounts of ink when caught. This ink is in fact used to make the squid ink sauces found in other culinary traditions such as Italian cooking.

Cuttlefish is very meaty and tastes great whether consumed raw as sashimi, grilled or simmered. 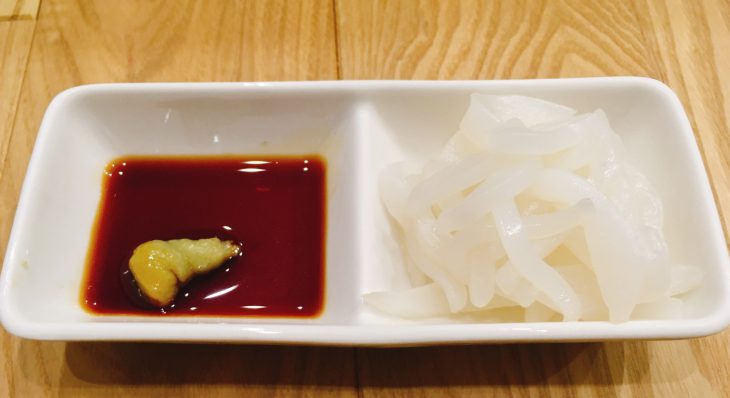 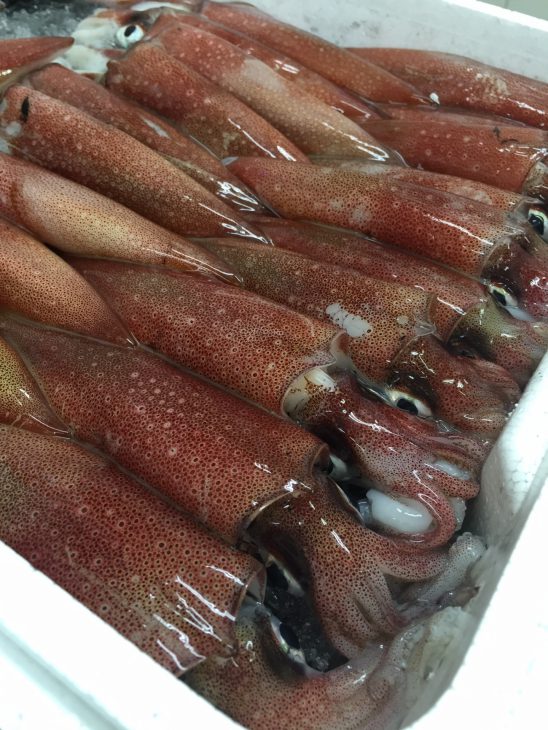 The spear squid derives its name from its pointy spear-shaped fins. A popular target for offshore fishing during the winter season, the spear squid also makes a very tasty, popular meal as well.

Spear squid meat has both a soft and crunchy texture, which makes for some of the finest sashimi there is. In fact, there are a number of restaurants in Fukuoka where you can eat this variety of squid alive, a unique dish known as ikizukuri. After enjoying your ikizukuri sashimi, you can also have whatever is leftover made into tempura so you can enjoy a variety of different flavors. 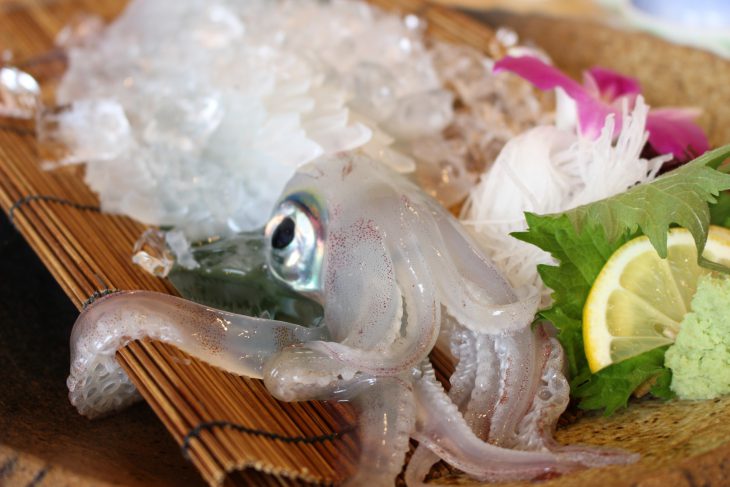 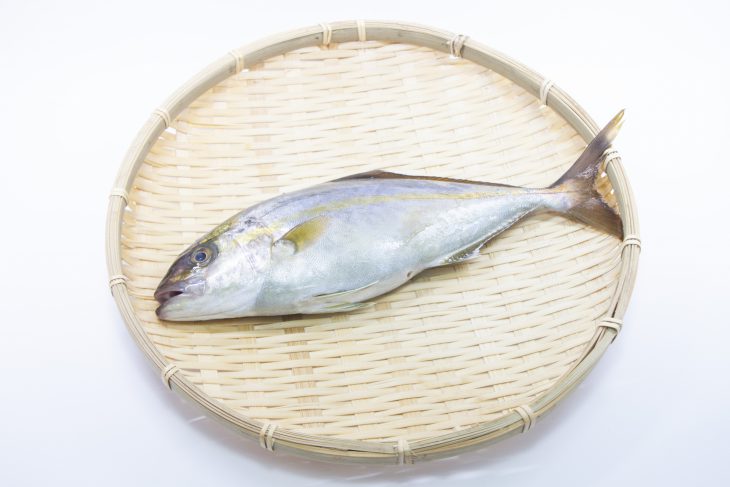 This blue-backed fish is both plentiful and very commonly used in Japanese cooking. Young yellowtail (yazu), which are actually known by different names in different parts of Japan, have a fresh, lighter flavor compared to the more fatty older yellowtail and are known for their chewy texture.

Young yellowtail tastes delicious whether eaten raw as sashimi or in other dishes such as teriyaki or deep-fried dishes. 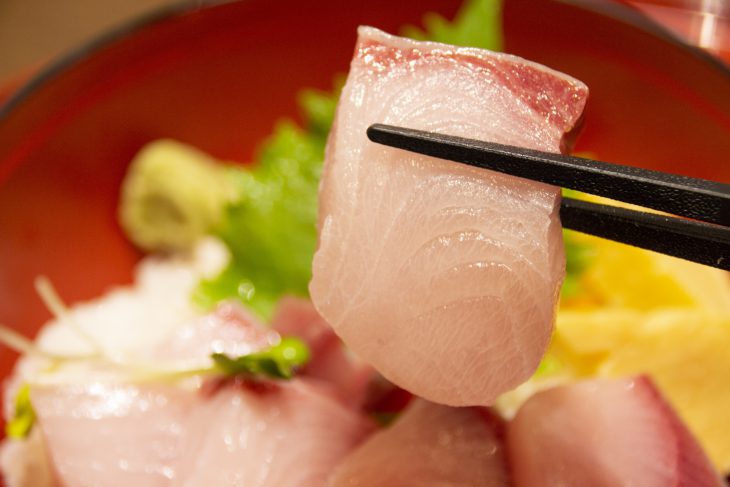 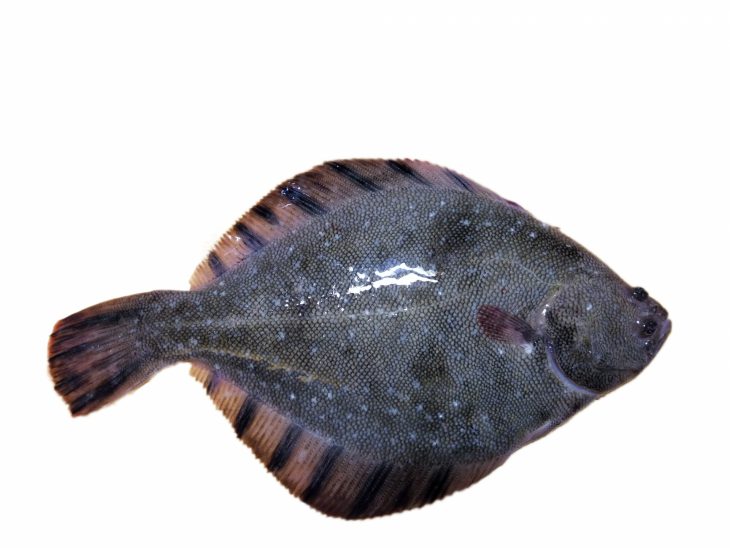 There is a Japanese saying that goes “Left is hirame and right is karei” which refers to the fact that the fish known in Japanese as karei (righteye flounder) will be found with both its eyes on its right side, whereas hirame (olive flounder) will be found with its eyes on the left. In and around Fukuoka you can catch a great variety of righteye flounder species such as mako garei (marbled sole), and Japan’s coastal waters alone are home to over 40 species of karei.

Often used in typical Japanese dishes such as karei no nitsuke (flounder in simmer sauce), righteye flounder is equally tasty as sashimi, deep-fried, or a la Meuniere. 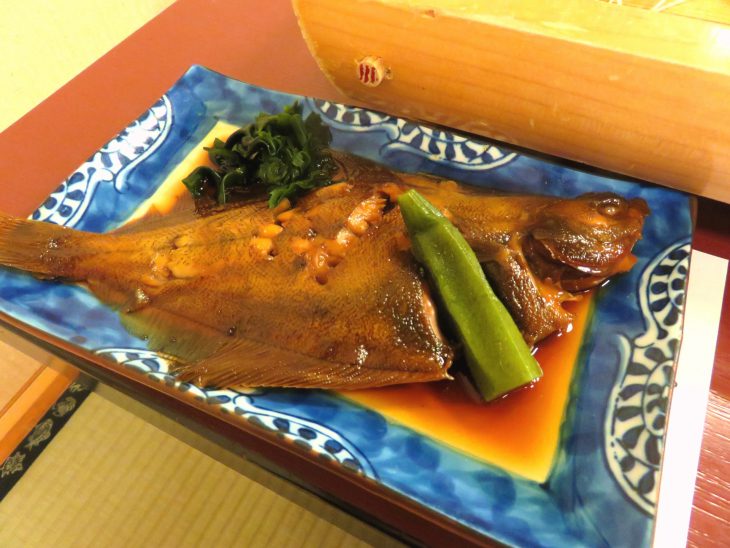 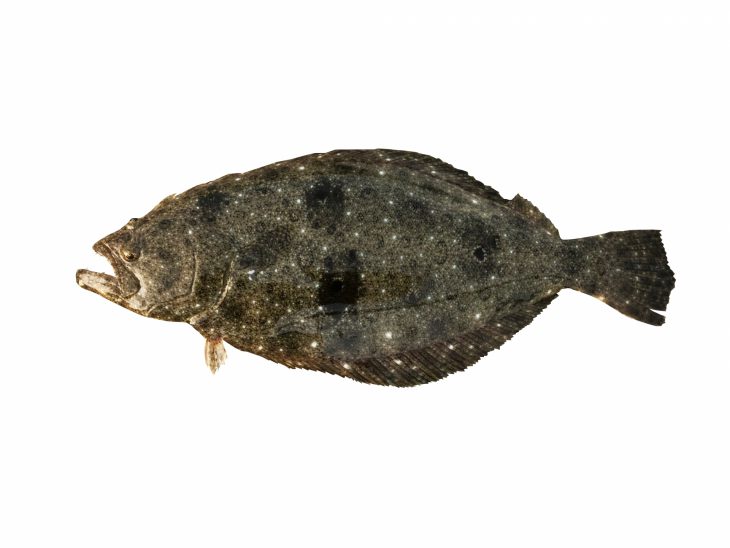 In contrast to the right-eyed karei, olive flounder (known as hirame in Japanese) will be found with its eyes on the left side of its body. Found near the sandy seabed of the coastal waters and active largely at night, olive flounder feed largely on the small fishes found in the waters of the Fukuoka area. Known for being a high-grade variety of fish, this fast-growing species of flounder is actively farmed to meet its high demand. 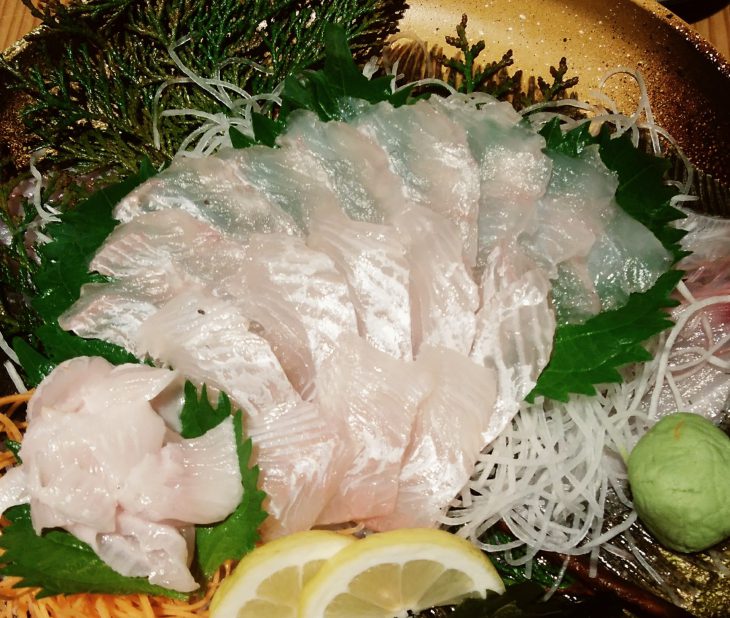 Seafood simply tastes far, far better when in season. And it is perfectly safe here in Japan to enjoy the delicious taste of raw fish and shellfish sashimi.
Fish is an essential part of Japanese cuisine, so be sure to try out some of April’s fresh seasonal seafood here in Fukuoka, the city with the most delicious seafood restaurants in all of Japan!

Foods of Fukuoka: Delicious seasonal seafood found in and around the Fukuoka area – May Edition

Foods of Fukuoka: Delicious seasonal seafood found in and around the Fukuoka are... 続きを読む

We are currently preparing the English version of the article 日本では昔から魚を「生（刺身）」で好... 続きを読む

We are currently preparing the English version of the article 日本では昔から魚を「生（刺身）」で好... 続きを読む