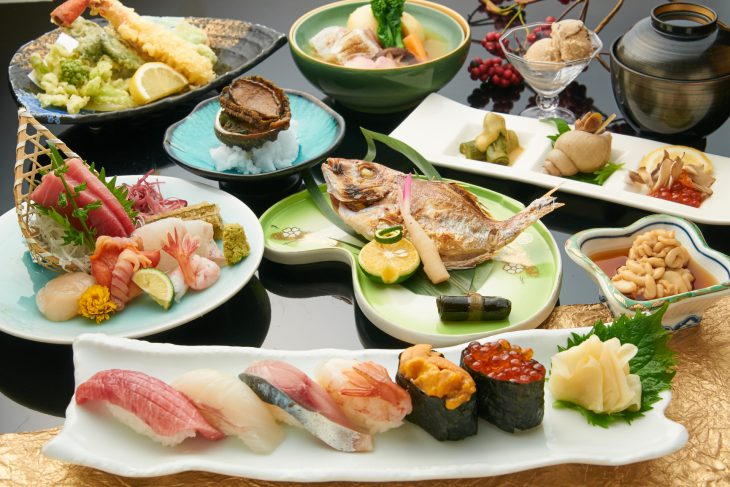 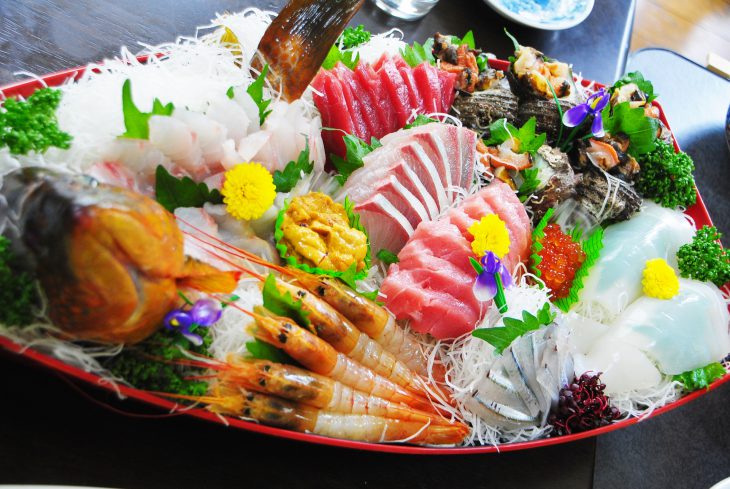 Sashimi is a Japanese dish consisting of raw seafood as well as other kinds of raw meats cut into small pieces and enjoyed with condiments such as soy sauce and wasabi. Sashimi is about enjoying the natural flavors of each particular ingredient, so it is of utmost importance that all ingredients used be fresh, quality and in season.

Sashimi isn’t just small cuts of fish, however. Different cutting techniques can be used to bring out completely different flavors, and the beautiful appearance and presentation of sashimi is equally important as its taste. In Japanese cuisine it is said that food is to be enjoyed “with the eyes as well as the taste buds”, and sashimi is the perfect example of this. One of Japan’s most famous traditional dishes, the word sashimi has gained widespread recognition worldwide along with the popularity of this typical washoku dish. 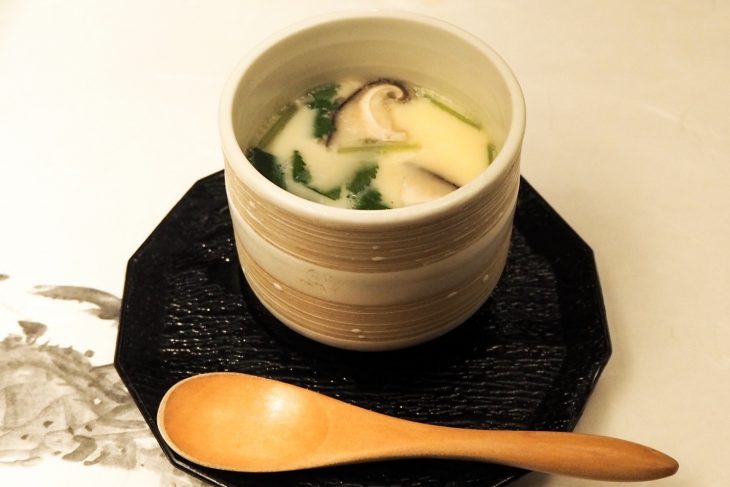 Chawanmushi is a Japanese steamed custard made from a mixture of egg and dashi and filled with ingredients such as chicken, shiitake mushrooms, yurine (lily root), gingko, and mitsuba (Japanese parsley) and is usually considered part of the soup genre of a Japanese menu. Chawanmushi without any added ingredients (that is, plain egg and dashi custard) is known as karamushi. This popular dish is often served at sushi and traditional Japanese restaurants and has a nice pleasantly smooth texture. And there’s no better feeling than the warm steam and fragrant aroma you’ll notice as you remove the lid from the chawanmushi dish.

In recent years, plenty of other kinds of ingredients are being used in chawanmushi in addition to those mentioned above, and each restaurant and even each family has its own unique, original take on this classic dish. 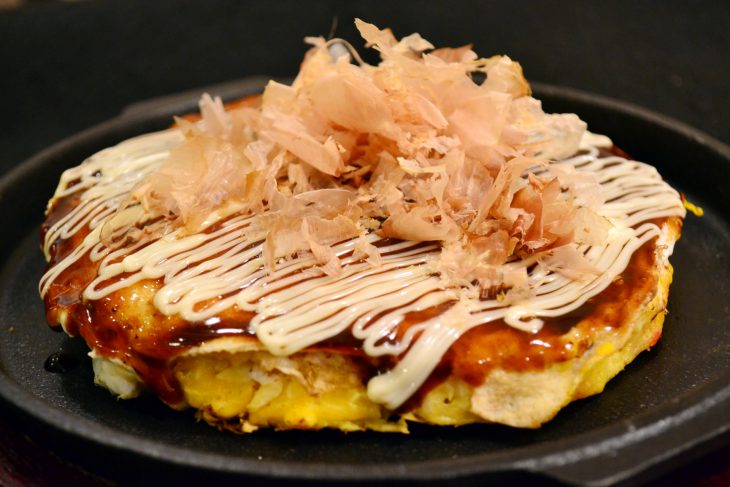 Okonomiyaki is a type of teppanyaki dish made using wheat flour and cabbage as well as a variety of other ingredients. Flour is mixed with water to form a batter to which additional ingredients such as vegetables, meat and seafood are added to taste. The batter is then cooked on an iron griddle and then topped with a variety of condiments such as okonomiyaki sauce, mayonnaise, aonori (dried green seaweed), and katsuobushi (dried bonito flakes). There are regional variations in how okonomiyaki is made as well as what ingredients are used which can be classified into two main categories: Kansai-style and Hiroshima-style okonomiyaki. Each individual usually has his or her own favorite style of okonomiyaki.

You will find plenty of restaurants specializing in okonomiyaki throughout the country. Sometimes the restaurant will cook the okonomiyaki for you, whereas other restaurants will let you cook it yourself on an iron griddle at your table. This Japanese dish is also often enjoyed at home and is a favorite among children, too.