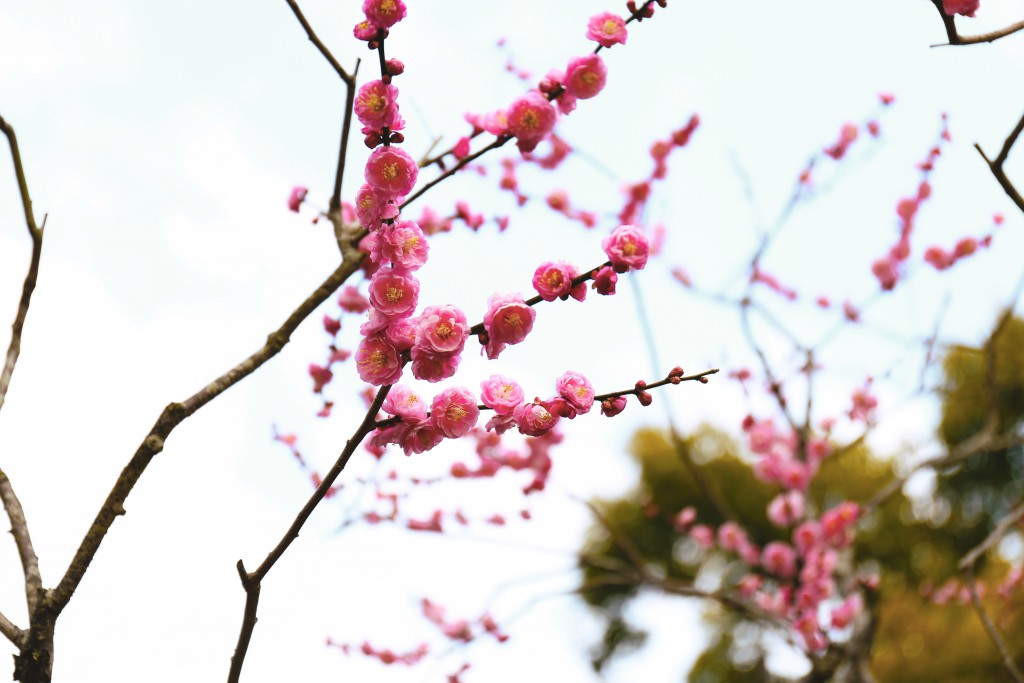 People throughout the world are familiar with the famous Japanese cherry blossoms.
Before the cherry blossoms emerge, however, another beautiful tree graces the island of Japan. Mid-February is the start of spring and the beginning of the plum blossom season. 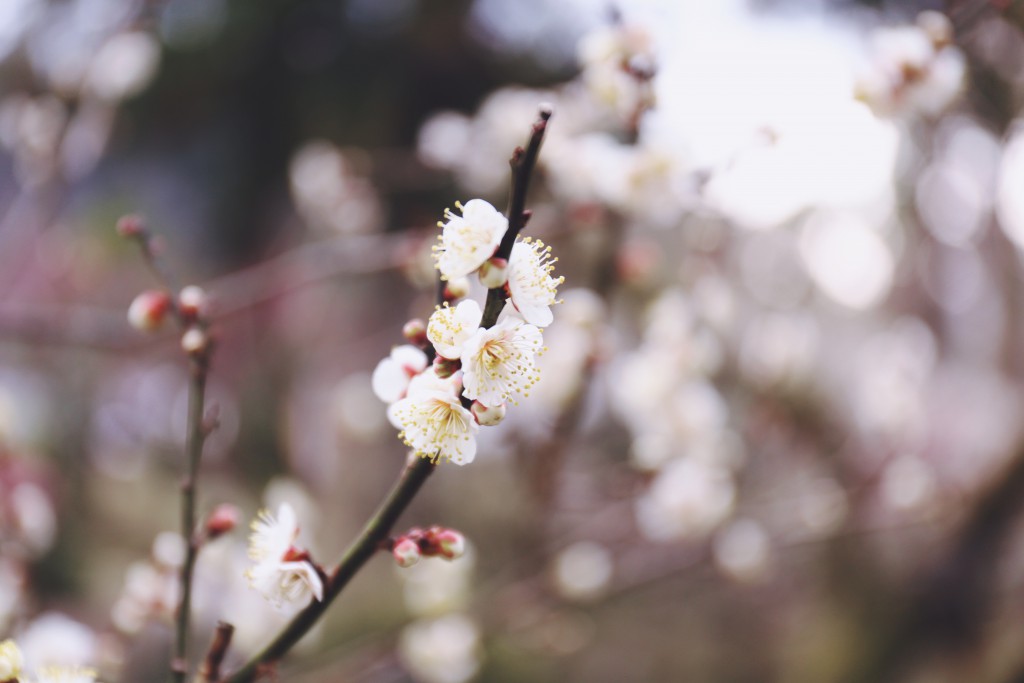 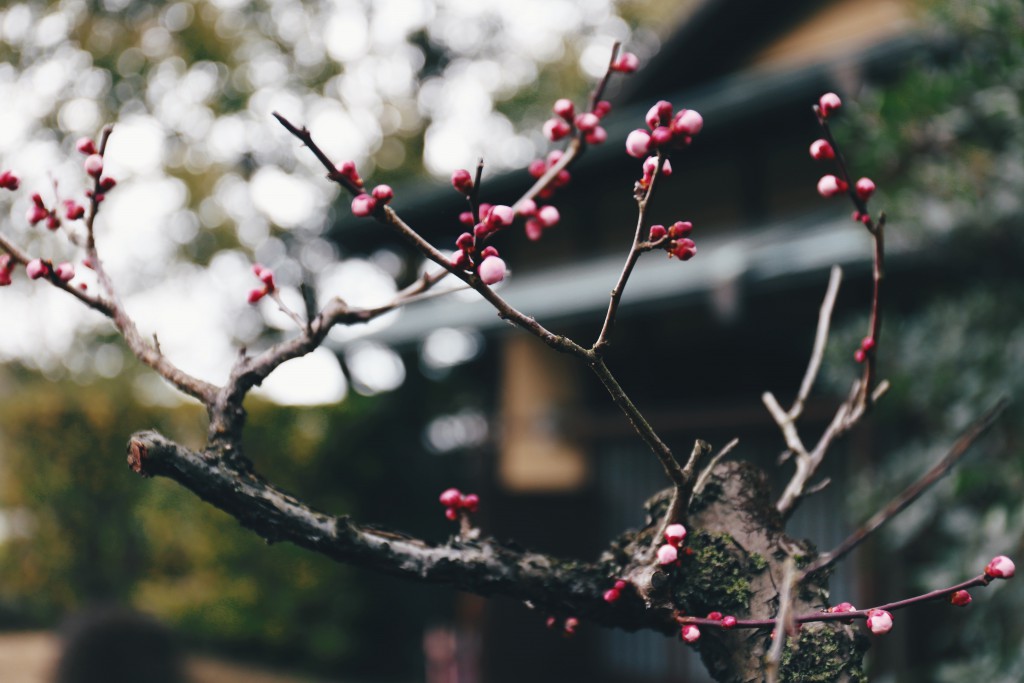 The flowers of the plum tree have colors in varying shades of white, pink, and red.
Unlike cherry blossoms they have a distinct, strong, sweet fragrance.

Plum trees come in many varieties, many of which were cultivated by humans over the centuries. Most plum blossoms have five petals and range in color from white to dark pink. Some varieties have more than five petals (八重梅 – yaeume) and weeping branches (枝垂れ梅 – shidareume). 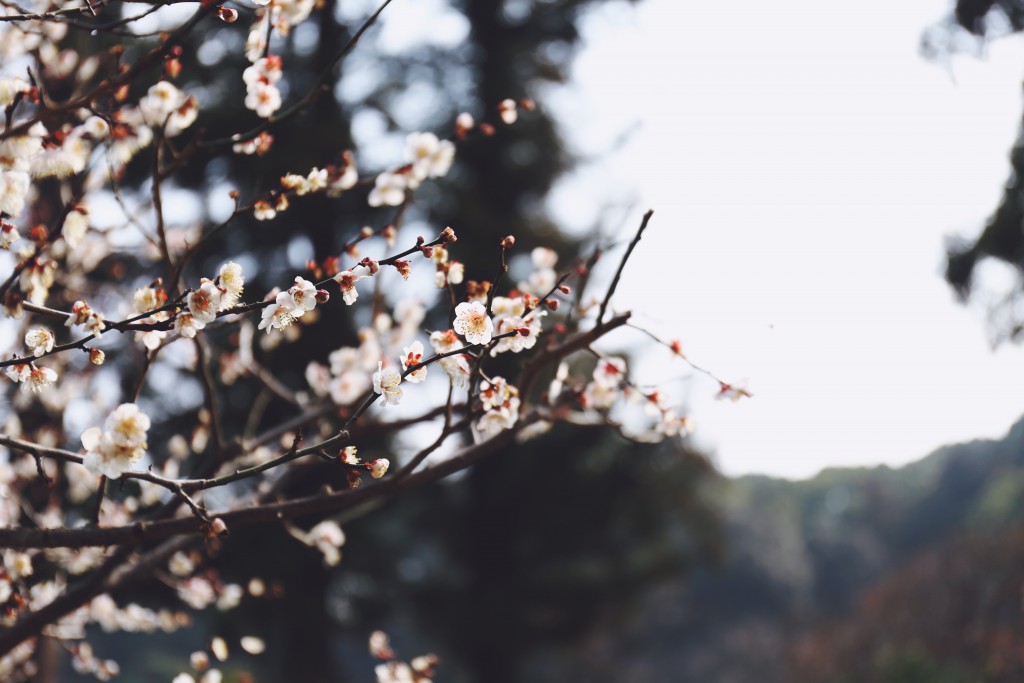 In the language of flowers (花言葉- hanakotoba), the plum symbolizes fidelity, beauty and longevity as well as keeping a promise. The plum tree enjoys similar symbolism in many Asian cultures.
Furthermore, plum flower is the official flower and symbol of Fukuoka Prefecture. The prefectures flag consist of a white plum flower emblem on light blue field. 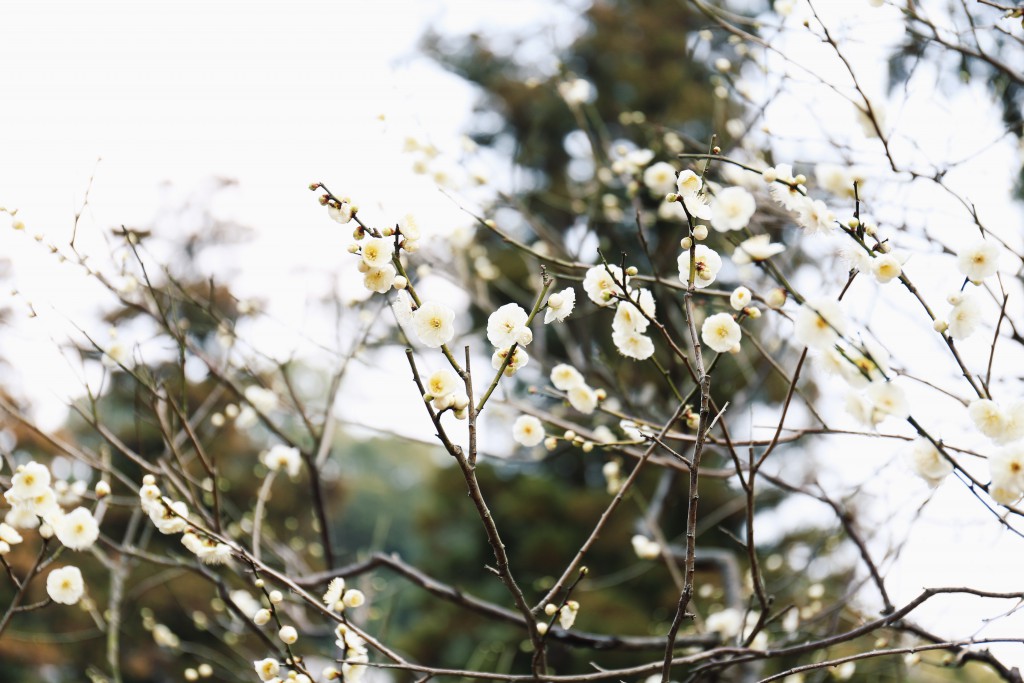 There are dozens of plum festivals held in Fukuoka and the area around the city. If you need more information on current plum festivals, contact us via Facebook or Twitter.

We are currently preparing the English version of the article 「オルレ」とは、韓国・済州島発祥のト... 続きを読む

The Yahuoku! Dome in Fukuoka was the first ever retractable-roof all-weather sta... 続きを読む

We are currently preparing the English version of the article アニメ・マンガ・ゲーム・アイドルなど... 続きを読む