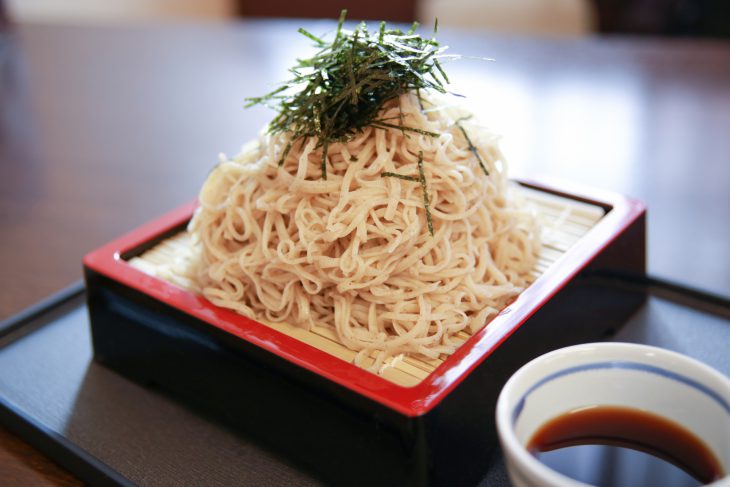 The foundation of the traditional Japanese meal consists of one soup and three dishes, which is said to make for the ideal nutritionally balanced meal. Japanese cuisine is also great at bringing out the natural flavors of the each ingredient, allowing for a diet low in animal fats which has helped contribute to the country’s long life expectancy and low obesity rates. 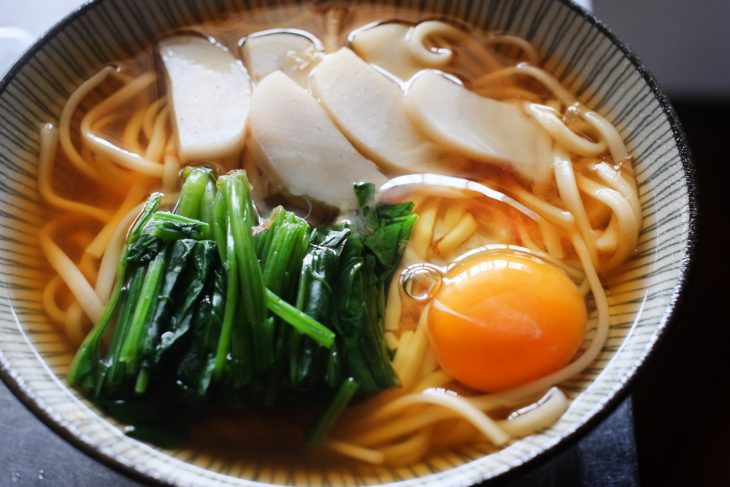 Easy to digest and easy on the stomach, udon is a healthy classic loved by the Japanese for generations.

Udon noodles are made by first kneading wheat flour, salt and water into a dough which is then rolled out, made into noodles and boiled.

Udon noodles can be enjoyed in any number of ways, such as in hot soup or cooled and dipped in a cold dipping sauce called tare. You will likewise find a variety of udon toppings used in dishes such as kitsune udon (udon with deep-fried tofu), tanuki udon (udon with bits of deep-fried tempura batter), curry udon, and more!

Udon noodle soup has a different color in the Kanto and Kansai regions, and in fact all over the country there are regional variations on this staple Japanese dish. Particularly popular are Kagawa Prefecture’s Sanuki udon and Akita Prefecture’s Inaniwa udon.

Fukuoka Prefecture is also known for its unique regional variety of udon. 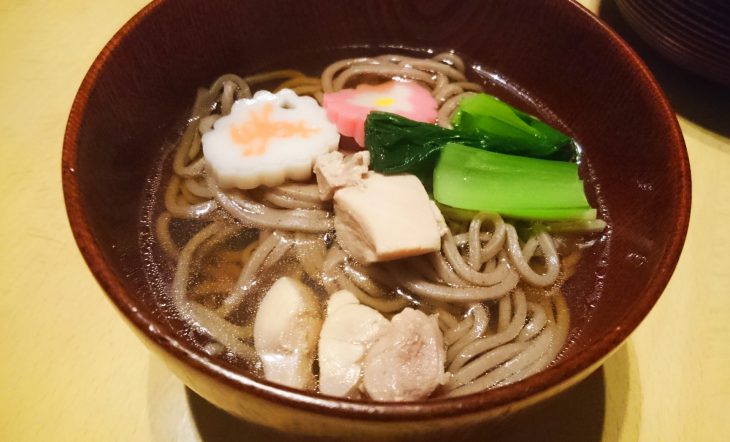 Soba noodles have been a staple of Japanese cuisine for generations and are associated with long-revered customs such as the traditional toshikoshi soba eaten on New Year’s Eve. Because they are made using gluten-free buckwheat and are packed with nutrients, soba noodles have also become popular among health-conscious consumers worldwide and are now easily found in many supermarkets around the globe.

To make soba noodles, the seed of the buckwheat plant is husked and ground into a powder which is then kneaded into dough and placed on a wooden cutting board dusted with flour and rolled flat using a rolling pin. The dough is then cut into thin strips using a special knife known as a soba kiri, resulting in the soba noodles we know and love.

There are different ways to eat soba noodles. Like ramen noodles, soba noodles can be boiled and added to a hot tsuyu-based soup along with other ingredients such as meat and vegetables. They can also be quickly boiled, strained and served on a woven bamboo tray known as a zaru and dipped in cold tsuyu sauce in the dish known as zaru soba. Often enjoyed alongside tempura, mushrooms, and egg and meat dishes, soba noodles are delicious whether enjoyed hot or cold.

The hot water used to boil the soba noodles is known as soba-yu (soba water) and after finishing the noodles, many people will mix the soba-yu with any leftover tsuyu sauce and drink it – this is said to be highly nutritious.

Each region of Japan has its own unique take on soba noodles, and many soba lovers actually tour the country to experience the different soba dishes each region has to offer. 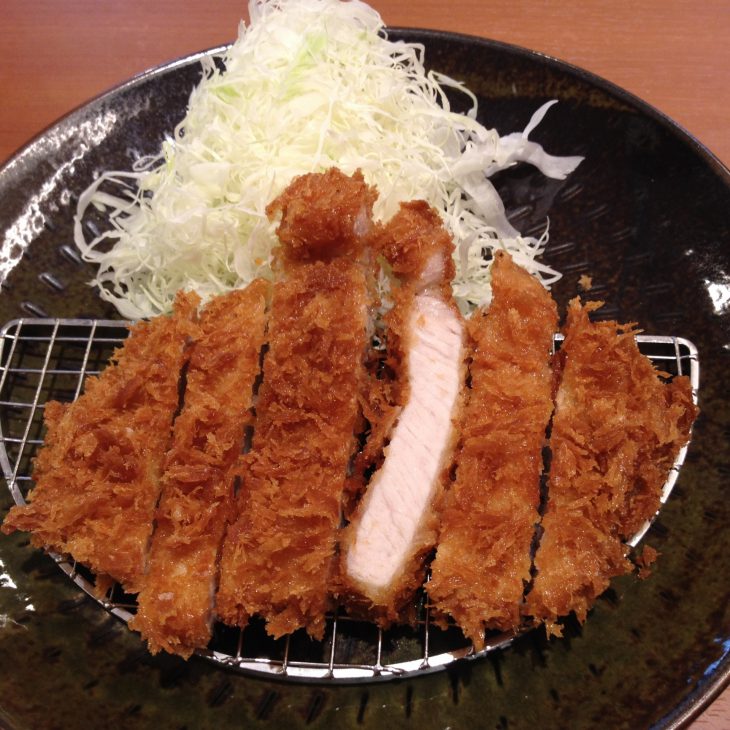 onkatsu consists of a thick fillet of sliced pork or pork loin battered in flour, egg and panko and deep fried in cooking oil. Tonkatsu is then typically drizzled with a medium-thick tonkatsu sauce seasoned with spicy karashi mustard and sesame seeds to taste.

Because the word katsu also means “to win” in Japanese, tonkatsu is often eaten on the day before an important event or match for good luck. Tonkatsu is a popular dish among foreign tourists as well, and there are famous tonkatsu restaurants found throughout each and every region of the country.

Juicy and delicious､ Japanese tonkatsu is typically enjoyed together with a bowl of white rice and cabbage.