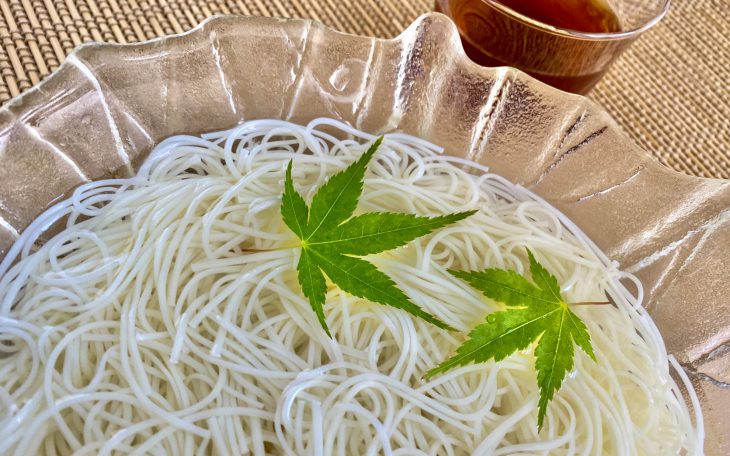 One of the many symbols of summer in Japan are somen noodles. Somen are a type of wheat flour noodle consumed both in Japan and in other East Asian countries. Somen are made in a way very similar to udon noodles, the main difference being that somen are extremely thin – measuring no more than 1.3mm in diameter. So today I’d like to talk about this tasty little summertime noodle.

Why are somen noodles eaten during the summer? 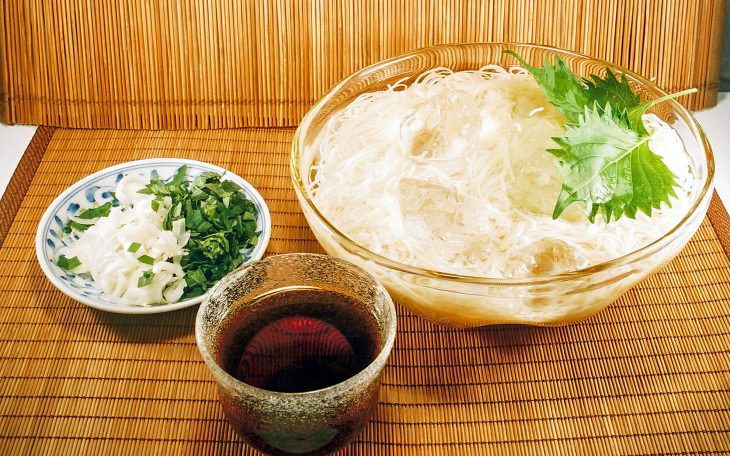 Once dried somen noodles keep for a long time, but for some reason they are rarely eaten any time other than the summer season. This can be attributed to several different reasons, one of which being that the most common way of eating somen noodles is in the dish known as hiyashi somen, or chilled somen noodles. This dish consists of somen noodles chilled in cool water and then enjoyed dipped in a cold soy sauce-based mentsuyu sauce. Whereas most noodle dishes are eaten hot, this cool noodle dish can easily be enjoyed even during the hot summer months. Ancient Japanese wisdom also recognizes the dish as a great way to increase your fluid intake and thus help prevent heat stroke. 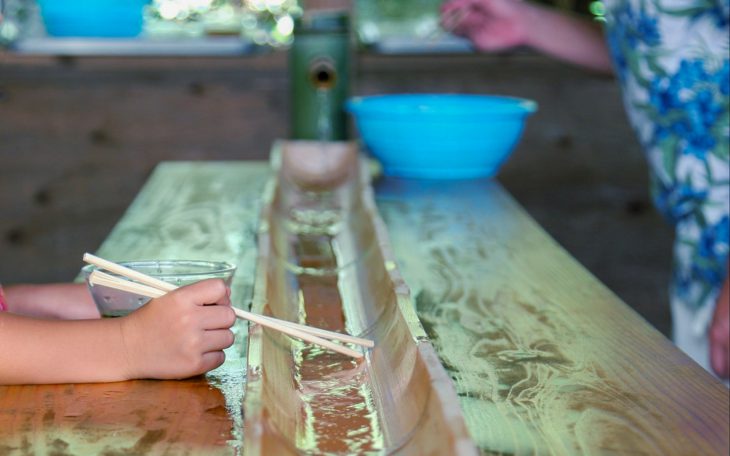 You may have heard of some of Japan’s other traditional summer events such as fireworks shows, festivals, and watermelon splitting, among others. Yet another such summertime tradition is nagashisomen. Nagashisomen is actually a rather peculiar custom in which a piece of bamboo cut in half is used to make a sort of chute. Somen noodles are then placed in the chute with running water and allowed to flow down toward the bottom where diners are ready and waiting to catch and eat up the tasty noodles. I personally had never even thought twice about this custom until I set out to write this article, and there are probably not even all that many Japanese people who know how the custom came about and what its significance may be. It is nevertheless a deeply-rooted custom in Japanese culture and certainly a unique way to enjoy a meal.

Be careful how much you make! 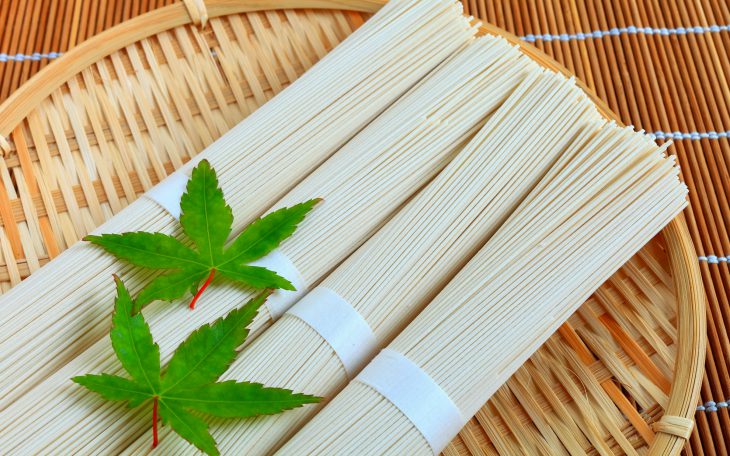 Now that you’ve taken the time to learn more about somen noodles, be sure to try them out for yourself! Somen noodles are normally sold as dried noodles and must be boiled before eating. But be careful how much you boil! When boiled somen noodles absorb a lot of liquid and expand to almost three times their original size. Even experienced Japanese people have long suffered after having made the terrible mistake of accidentally boiling far too many noodles! So when boiling your somen noodles keep in mind that they will increase in size and be extremely careful to cook only as much as you know you can eat! 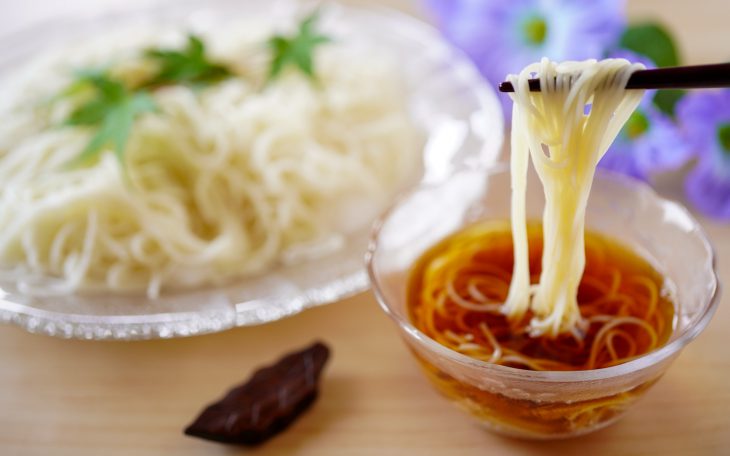 All jokes and exaggerations aside, somen are so popular in part precisely because they are so easy to make. Just like instant noodles, simply boil in hot water, cool and eat. The mentsuyu dipping sauce is also widely available at the store so it’s as easy as pour, dip, and eat.

Be sure to give this Japanese summertime favorite a try this summer!