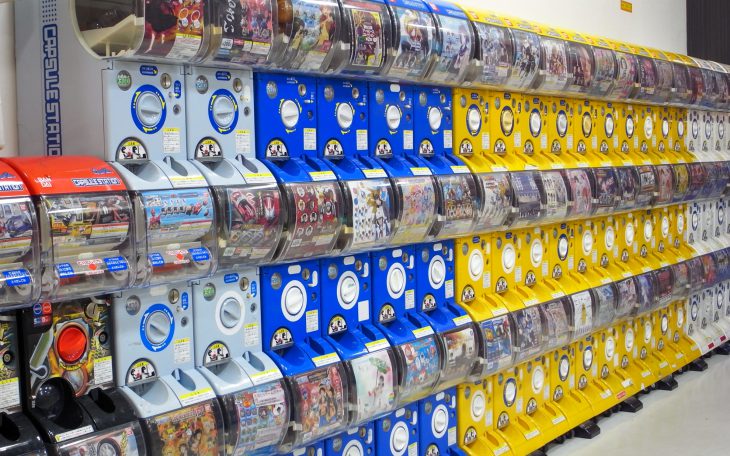 Often found in airports and in other public places throughout the country, capsule toy vending machines (known in Japanese as gachapon) are famous for their popularity among visitors from abroad, but they are of course extremely popular among the Japanese themselves as well. 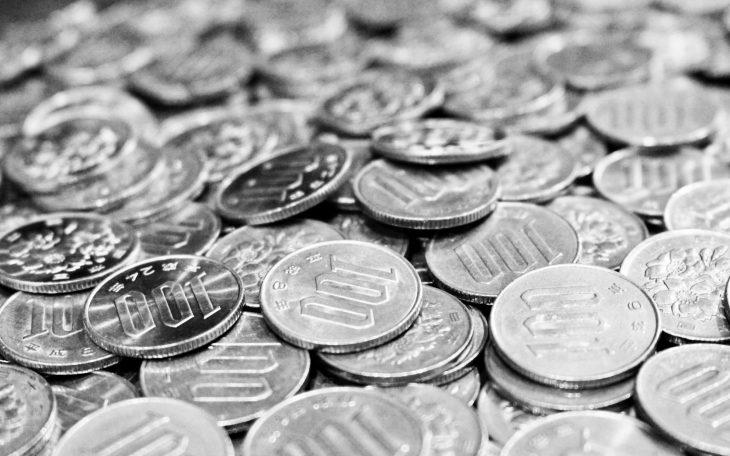 Insert coins (one capsule typically costs a few hundred yen), turn the lever and out comes a fist-sized capsule containing a small toy or other trinket. In recent years a variety of unique new machines have emerged, such as machines which instead of capsules dispense the toys themselves or those which dispense capsules bearing ornate decorations, and more.

You will find capsule toy vending machines virtually everywhere throughout Japan, from the capsule vending machine section at shopping malls to machines found on the street outside of storefronts. You will notice that there are typically several machines or even several dozen machines all in the same place, so if you spot one machine have a good look around for more!

By the way, there are a number of capsule toy vending machines found at Fukuoka Airport, and FeelFukuokaJapan has written a post about them on its Facebook page, so be sure to check it out! 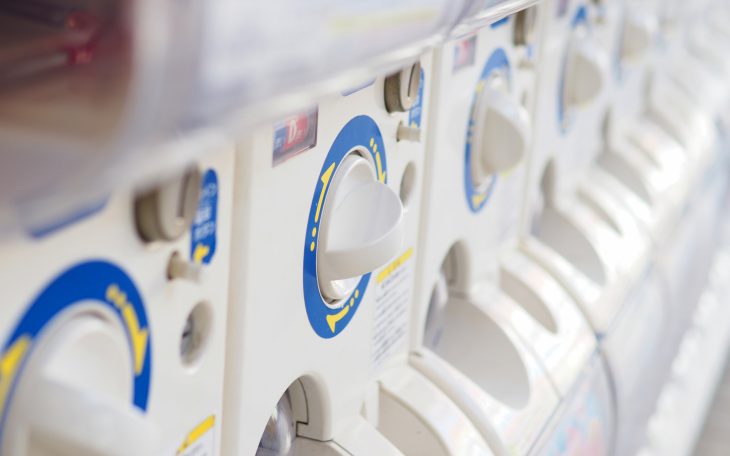 Years ago capsule toy vending machines sold mainly figurines of characters marketed towards children, so the machines too were loved mostly by children. However, in recent years the target market has expanded and as mentioned above the machines are now known and loved by people of all ages and nationalities. A quick visit to the capsule vending machine section of your nearest shopping mall and you’ll soon find it is not at all uncommon to see not only children but also young girls and adult men clad in business suits all rummaging through the maze of machines.

But what is it about these capsule vending machines that attracts people?

But what is it about these capsule vending machines that attracts people? In general, one vending machine will contain a variety of different prizes, but there’s no way to know which one you’ll get until you open the capsule. Perhaps the thrill of the gachapon machine is that excitement of never knowing what you’re going to get! The machines keep you guessing whether you’ll get what you want until the very end – that’s where the fun lies.

And if you ask me, I also think the secret to their popularity is the sheer variety of items available. These capsule machines offer such a diverse array of items from series of toys from numerous different manufacturers, to countless different characters, to the truly bizarre…the possibilities are virtually endless. And they are constantly coming out with new items all the time! With such a wide variety of items out there you’re sure to find something you’ll love! 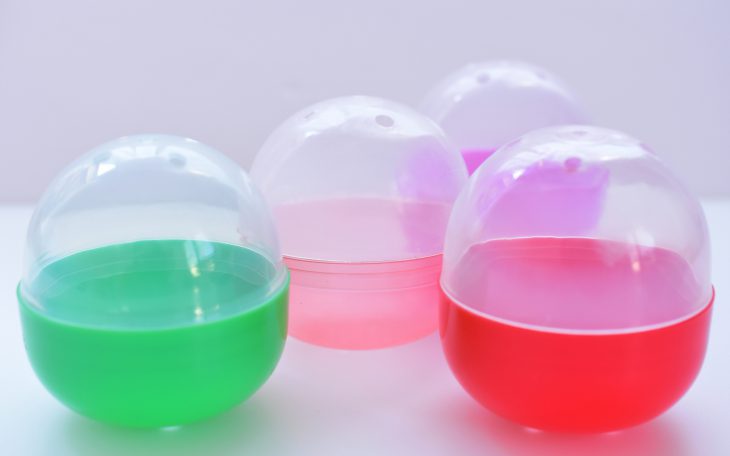 And now a surreal new genre of capsule vending machines has been gaining popularity in recent years. By surreal I mean the kind that make you wonder what on Earth the people making these toys were even thinking, but for some reason they have nevertheless become surprisingly popular. One such strange capsule machine, one selling roly-poly (dangomushi) capsule toys, has grown wildly popular, selling out all over Japan. So the next time you find yourself in Japan be sure not to miss out on the strange yet exciting world of gachapon capsule toy vending machines!

You can find many historic and traditional shrines in the city of Fukuoka, and a... 続きを読む