Check out these easily accessible shrines in downtown Fukuoka

Fukuoka’s Tenjin area is said to be the most bustling neighborhood in all of Kyushu, but even in this lively downtown neighborhood you will find several historic Shinto shrines.

This shrine dedicated to Sugawara no Michizane, the god of studies, is popular among those hoping to do well on their exams. 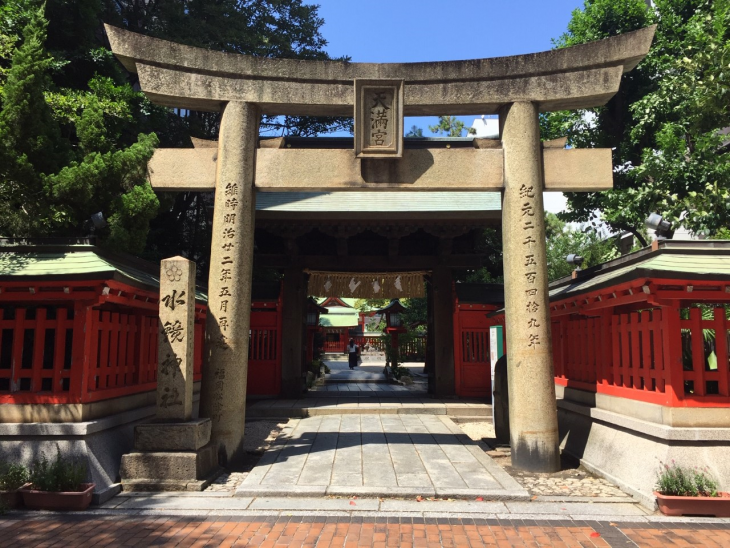 Shrines referred to as Tenmangu shrines are dedicated to the man and god (tenjin-sama) Sugawara no Michizane.  Fukuoka’s Dazaifu Tenmangu Shrine is of course very well known, but there is another Tengmangu shrine which was erected where Sugawara no Michizane is said to have stopped on the way to Dazaifu: Suikyo Tenmangu Shrine. The shrine was moved to its current location in the year 1612 in order to protect the Fukuoka Castle from the kimon, or the “demon’s gate”, the northeast direction from which demons are thought to come and go. This is said to be how the area came to be named Tenjin after Sugawara no Michizane. Located right next to Suikyo Tenmangu Shrine is the restaurant and bar district known as Yokocho, a great place to stop by for something to eat.

*Located a 7-minute walk from the Tenjin subway station.

The name Kego Shrine means “to protect man from disaster and lead him down the right path”. 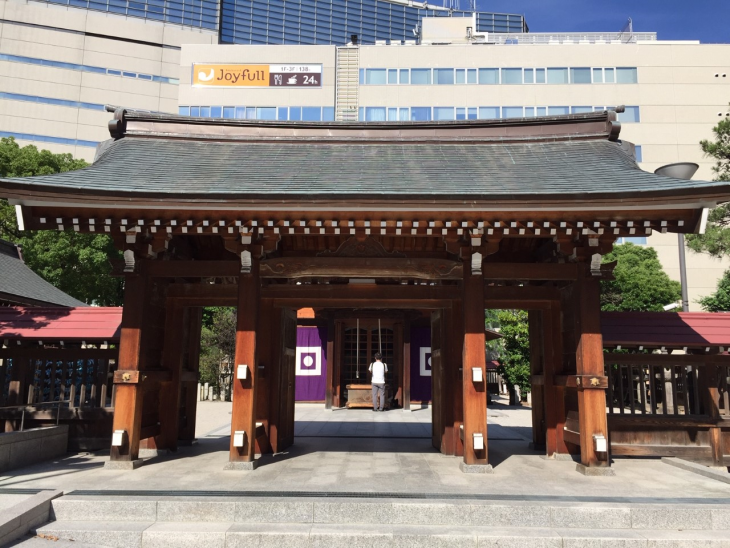 This shrine was said to have its origins in the year 200 AD and was once located in what is now the Fukuoka Castle Ruins area but was later moved to its current location in the year 1608 alongside the construction of the Fukuoka Castle. The name Kego is written with the Chinese characters  警 meaning “to teach to avoid repeating one’s mistakes”, and 固, meaning “to protect”, so this shrine’s name means “to protect man from disaster and lead him down the right path”. It is a popular shrine for holding wedding ceremonies as well in the hopes that the gods might protect one’s home and family.

*Located a 3-minute walk from the Tenjin subway station

The name Kego Shrine means “to protect man from disaster and lead him down the right path”. 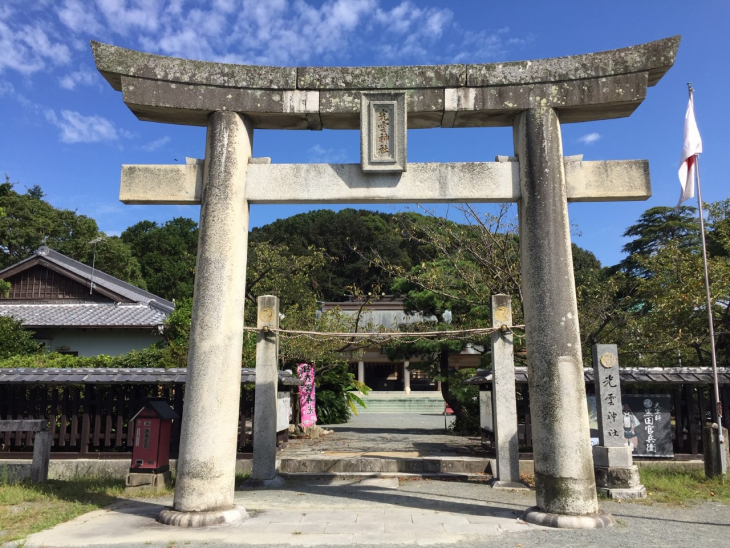 Written in Chinese characters the shrine’s name is 光雲 which can be read either as Terumo or as Koun (meaning “good luck”). This shrine was erected in 1766 and is the home of both a kabuto helmet sculpture said to bring good fortune as well as a Muku tree said to cure disease. And if you throw a coin into the main shrine’s offering box something surprising will happen! Nishi Park is famous for being the only park in all of Fukuoka Prefecture chosen as one of the top 100 places in Japan for cherry blossom viewing. Ohori Park and Maizuru Park are also located nearby, making this the perfect area to go to relax and unwind.

*Located a 15-minute walk from the Ohori Koen subway station.

Each of these three shrines is dedicated to a different god. Shinto is a religion of many gods, and there are said to be some eight million such gods throughout Japan (collectively referred to as yaoyorozu no kami, or all the deities), each acknowledging and respecting the existence of one another.

Sake: Make your trip even better with this traditional Japanese beverage that’s taking the world by storm