Have you ever heard of the Japanese word yankii?

Nothing to do with the English word “yankee” used in the United States during the civil war, the Japanese word yankii has a completely different meaning of its own. Use of the word yankii has a deep-rooted history in and of itself and yankii culture has made a significant impact on both fashion trends and the Japanese mentality in general. In this article we will unravel the mystery of the Japanese yankii. It just might hold the key to understanding Japanese people themselves, so read on! 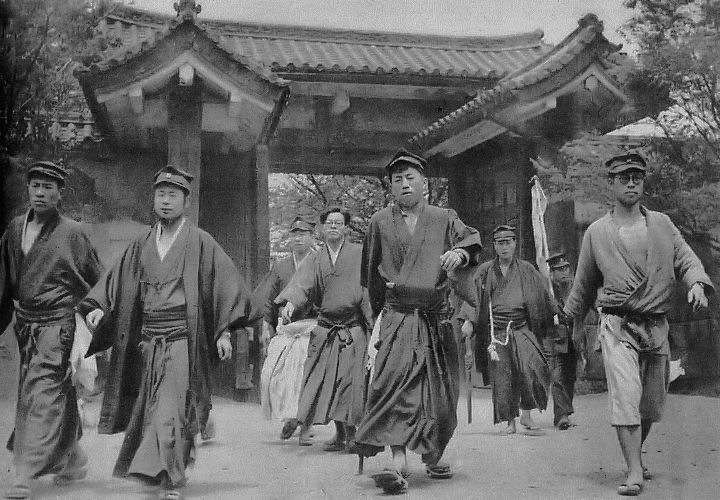 In contrast to the Western-style dress and lifestyle referred to during the Meiji period (1868-1912) as haikara (from the English “high collar”), bankara refers to the rough, unrefined style which was born at the time and was characterized by a style of dress featuring beaten up old clothes and torn hats. This style can be seen depicted in artistic works such as the novel To the Spring Equinox and Beyond by Soseki Natsume and the film Downtown Heroes. Vestiges of the bankara culture remain to this day in certain parts of present-day Iwate Prefecture (Tohoku Region), and the style of dress is still used as the uniform for cheering squads in many traditional schools founded during the pre-war era. 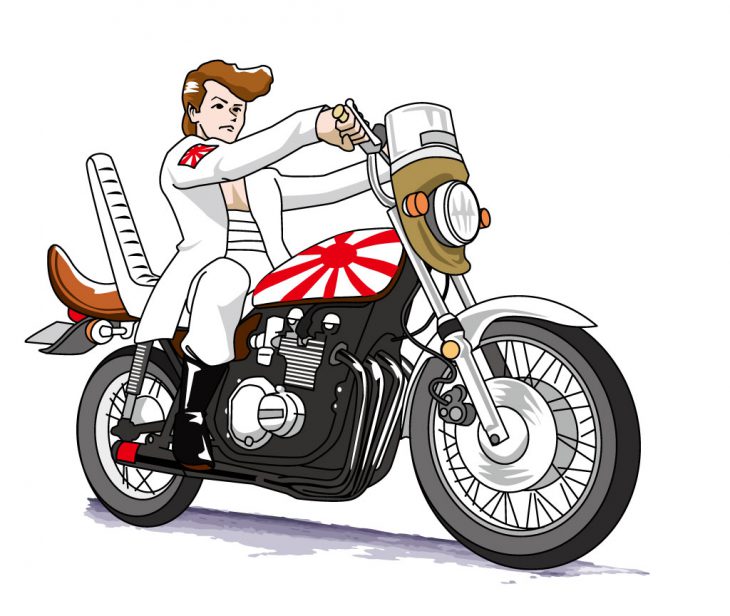 In the Kanto Region, and in Tokyo in particular, the 1970’s witnessed the popularization of not only the notorious bosozoku motorcycle gangs but also their unique style of fashion which most notably features the tokkofuku, a long jacket characteristic of biker gang fashion. The term tsuppari was often used during the 1960’s through the 1980’s to refer to someone trying to act brave and look cool. The leader of a group of young rebels was known as a bancho, and the female version of a bancho was a sukeban (from the words suke or girl + bancho).  A number of rock bands such as Carol and Yokohama Ginbae were greatly influenced by tsuppari fashion. 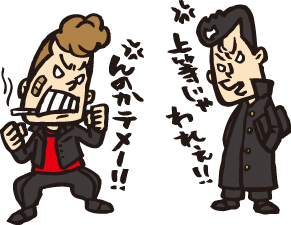 From the mid-1980’s through the early 1990’s young rebels in general, both male and female, came to be known as yankii. Popularized by the manga series Be-Bop High School, this unique youth fashion was characterized by slicked back hair, modified school uniforms known as tanran and choran worn over a flashy shirt with flat school bags and flashy sandals among boys, and long pleated skirts and flat school bags among girls. Rock bands such as Kishidan also incorporated the yankii style in their look.

But why the word yankii? It is said that the word yankii was originally used to refer to young people seen walking about the area of Osaka’s Namba neighborhood known as Amerikamura, literally “American Village”, wearing American-style fashion such as Hawaiian shirts and baggy wide-legged pants. 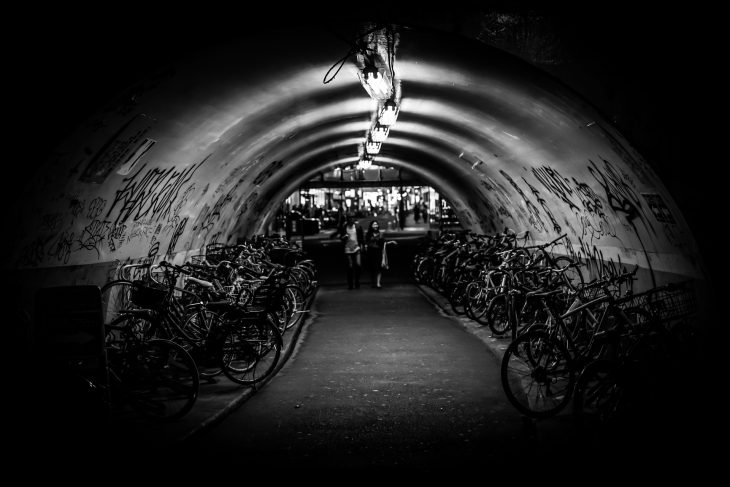 From the mid-1980’s through the early 1990’s it became common for local middle and high school students to gather in the Shibuya neighborhood of Tokyo, who came to be known as teamers. Teamers (a waseigo or Japanese-English term coined by adding the suffix -er to the English word “team”) were often seen riding stylish custom motorcycles and their Shibuya street fashion became the hottest new trend at the time. The very first teamers in fact often came from well-off families or attended prestigious schools and were known as groups of rather intellectual youths. Some well-known works of fiction featuring teamers include the film Bullet Ballet and the television drama series Ikebukuro West Gate Park.

To be continued in part two of 【Culture】The history of yankii culture: The key to understanding the heart of youth culture in Japan?

【Culture】The history of yankii culture: The key to understanding the heart of youth culture in Japan? (Part Two)

That’s about it for our history of yankii culture! I hope this article has given... 続きを読む

What to wear when you visit Fukuoka

In Japan, there are huge climate and weather change depend on seasons and places... 続きを読む

The definitive guide to the many seasonal events taking place in Fukuoka throughout the year!